Korean athletes have been doing quite well at the Winter Olympics in Vancouver, but all eyes were on 19-year-old world figure skating champion Kim Yuna’s record breaking performance in the short program on Tuesday. 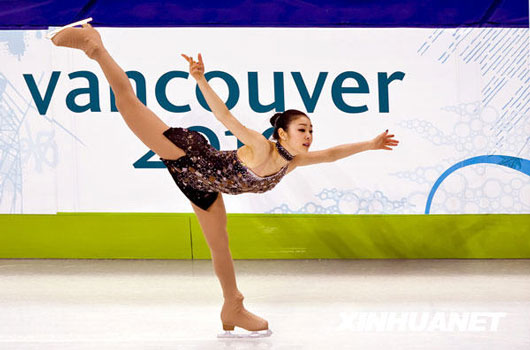 Kim Yuna at the short program in Vancouver. Image by Xinhuanet [Cn]

Kim took a decent lead with a new record of 78.50 points; her closest rival Mao Asada of Japan came second with 73.78. And special props to Canadian Joannie Rochette who lost her mother just three days ago; she was third with 71.36.

The TV channels here are re-broadcasting her performance every half an hour or so, and the staff at my hostel were obviously excited about the result. It’s not yet time for celebration though; the ladies will continue their battle on Thursday in the long program in which the medals will be decided by the combined total.

From a neutral point of view I don’t really care who wins; but the guys here might be so joyous that they might threat me a free beer or something else if Kim got the gold.. so, finger crossed lol, Yuna hwaiting!

This will be the final year of my 30's. Time flies, and it seems to fade faster as one gets older. This post is a bit of recap of my adult life and some future … END_OF_DOCUMENT_TOKEN_TO_BE_REPLACED

Trailer for American film Top Gun: Maverick, a sequel to 1986's Top Gun. Beautiful is not the usual word to associate with action movies, but I cannot find a better … END_OF_DOCUMENT_TOKEN_TO_BE_REPLACED

Malaysia will be in lockdown from March 18 to March 31, 2020, to deal with the Covid-19 situation. Officially it's a Movement Control Order (MCO) but it's … END_OF_DOCUMENT_TOKEN_TO_BE_REPLACED

Korean pop idol Sulli, former member of girl group f(x), was found dead at her home on Monday. Authorities are investigating the cause of death, and it's presumed … END_OF_DOCUMENT_TOKEN_TO_BE_REPLACED

Singapore has imposed the circuit breaker measures to curb the spread of Covid-19 since early April. They announced an extension (until June 1) and some new rules a … END_OF_DOCUMENT_TOKEN_TO_BE_REPLACED

A cute photo series amidst the Covid-19 lockdown in Malaysia. Armed forces are present to assist the police to enforce the Movement Control Order (MCO) across the … END_OF_DOCUMENT_TOKEN_TO_BE_REPLACED