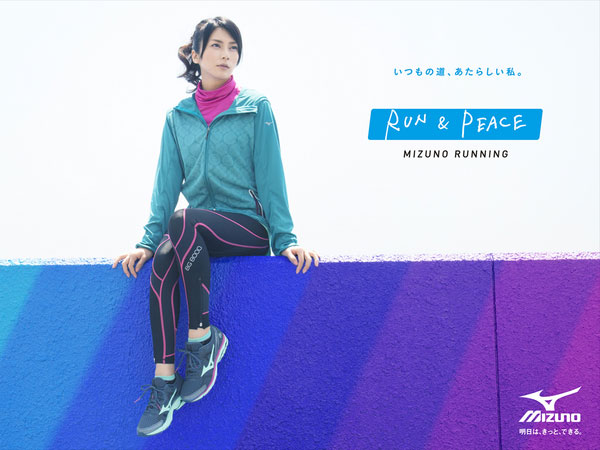 Mizuno is a Japanese sports equipment and sportswear brand with decent global presence. Rihachi Mizuno and his brother Rizo founded the company in Osaka in 1906. Yeah, it’s over hundred years old, which is not uncommon in Japan.

Mizuno was very aggressive in international sponsorship in 1980’s and 1990’s, but toned down a lot since then. It’s a norm for Japanese corporations since the turn of the century, probably because of domestic economic issues.

As a result, the brand’s advertising focuses on Asian athletes and sport stars these days, it’s actually rare to see an artist in their ad campaign.