First post, resharing my European travelogue from October 2005 to kickstart this new blog. 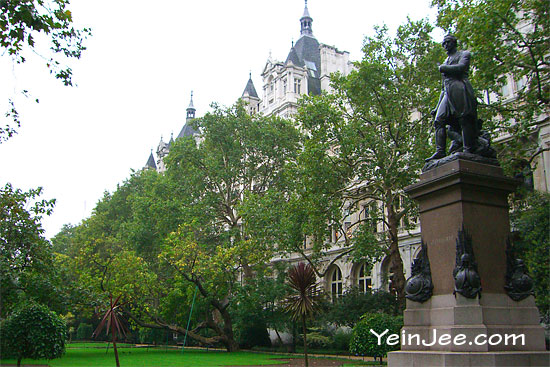 From KL to London

Took an early ride to the Kuala Lumpur International Airport, departing to London to visit my sister and to embark on a 19-days European trip together.

It had been five years since I last travelled overseas – with exception of the neighbouring Singapore – which is a pretty long break for a self-proclaimed travel enthusiast LoL.

Reached Heathrow after 11 hours of flight. Had a rough time passing through the customs because of the bombing a few months before my visit. The security was understandably tight.

Met my sister at the airport lobby soon after, she was working on secondment in London back then. It was great to see her again, as it had been almost a year since we last met. It was also her birthday, speaking of perfect timing for a reunion =)

Took the Underground to Chiswick, the train was not as crowded as expected. The weather was predictable though, drizzling… not that it’s a bad thing, I am not a sunshine lover.

Ordered Chinese food for dinner. Didn’t expect that, thought my first meal on this trip would be fish and chips or at least some British stuff. Rest early after that because of jet lag.

That’s my first day of the trip, nothing spectacular. More stories to follow…

PS: Welcome to my new home. I’m not a great writer or photographer but I’m always working on improving that. Besides my personal stories, I’ll be sharing interesting news from around the web too, especially stuff from Asia Pacific region. Hope you will like this blog, thanks for reading =)

This will be the final year of my 30's. Time flies, and it seems to fade faster as one gets older. This post is a bit of recap of my adult life and some future … END_OF_DOCUMENT_TOKEN_TO_BE_REPLACED

Trailer for American film Top Gun: Maverick, a sequel to 1986's Top Gun. Beautiful is not the usual word to associate with action movies, but I cannot find a better … END_OF_DOCUMENT_TOKEN_TO_BE_REPLACED

Malaysia will be in lockdown from March 18 to March 31, 2020, to deal with the Covid-19 situation. Officially it's a Movement Control Order (MCO) but it's … END_OF_DOCUMENT_TOKEN_TO_BE_REPLACED

Korean pop idol Sulli, former member of girl group f(x), was found dead at her home on Monday. Authorities are investigating the cause of death, and it's presumed … END_OF_DOCUMENT_TOKEN_TO_BE_REPLACED

Singapore has imposed the circuit breaker measures to curb the spread of Covid-19 since early April. They announced an extension (until June 1) and some new rules a … END_OF_DOCUMENT_TOKEN_TO_BE_REPLACED

A cute photo series amidst the Covid-19 lockdown in Malaysia. Armed forces are present to assist the police to enforce the Movement Control Order (MCO) across the … END_OF_DOCUMENT_TOKEN_TO_BE_REPLACED