Japanese town of Washimiya estimates that the Lucky Star anime has brought over one billion yen (~ US$11 million) into the local economy after the town’s main shrine, the Washinomiya Shrine, was featured in the popular anime in 2007. 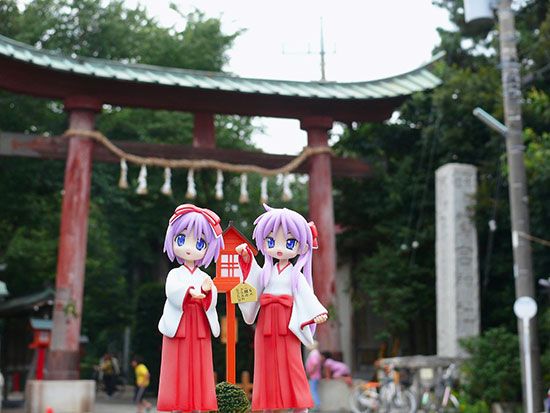 The full economic impact of Lucky Star cannot be determined for certain; but the sales of related goods alone have been pegged at 70 million yen.