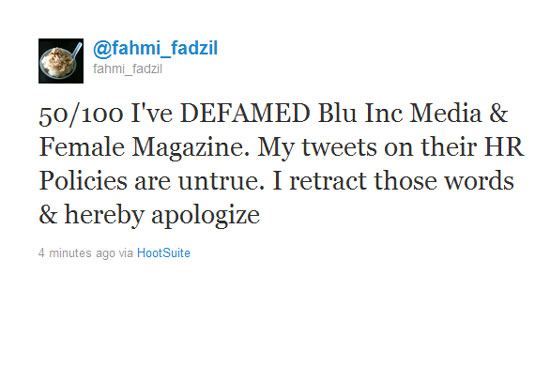 Fadzil posted statements in January on his Twitter that a pregnant friend had been mistreated by her employer, Female Magazine, which is owned by Blue Inc. He apologised just a few hours after that, but couldn’t avoid the lawsuit. He has reached the half stage “milestone” at the time of writing.