Thought to be the first McDonald’s restaurant when I posted the original article… but it’s actually a museum in Des Plaines modelled after the first branch opened by McDonald’s Corporation founder Ray Kroc in 1955. Image by Sgtfun. 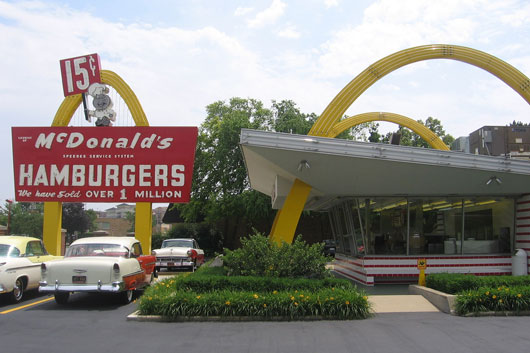 The first McDonald’s restaurant was actually opened by brothers Richard and Maurice McDonald in San Bernardino, California, in 1948.

The Des Plaines outlet was the ninth but the first in collaboration with Ray Kroc, thus it’s often regarded to be the beginning of the modern McDonald’s franchise that exist today. More McDonald’s history on wiki.