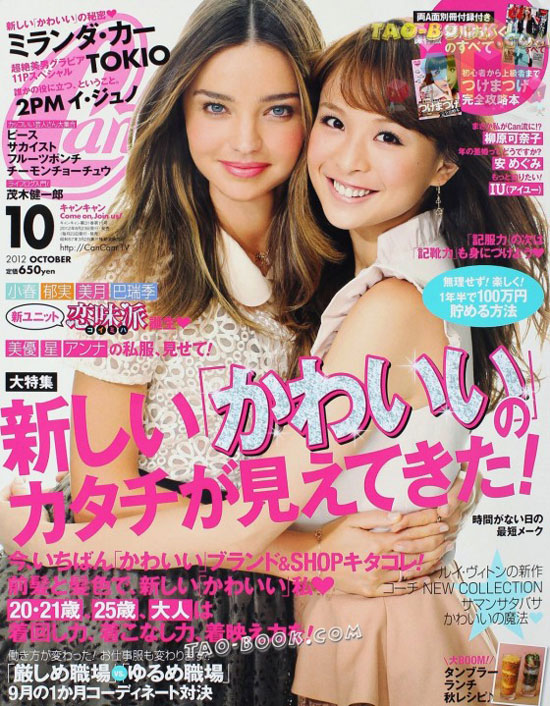 Aiku Maikawa is an exclusive model for CanCam. She’s a second generation Taiwanese-Japanese and well liked among young women for her makeup style.

Miranda Kerr is pretty popular in Japan. She’s featured in various magazines and some endorsements such as a recent one with Lipton lemon tea.

The Australian has also appeared in Korean TV and attended PR events in Seoul.