Zhang Zilin, a 23-year-old secretary (and model) from People’s Republic of China was crowned as Miss World 2007 on December 1 in Sanya. She’s the first ever Chinese representative to win the Miss World title. 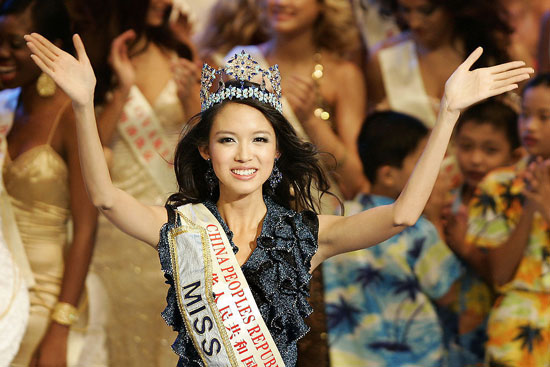 Her victory also meant that Asians have won both major international beauty pageant contests – Miss World and Miss Universe – in 2007. Riyo Mori, a 21-year-old Japanese was crowned the Miss Universe 2007 in May.