Some interesting tomb design of the Giarai (or Jarai) tribe, an ethnic group based primarily in Vietnam’s Central Highlands… 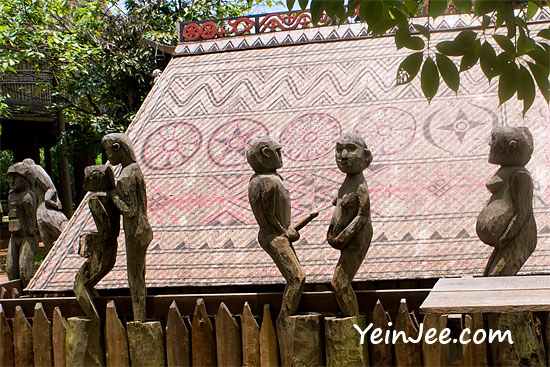 The most prominent feature of the traditional Giarai’s tomb is the wooden sculptures of sexually explicit men and pregnant women which symbolises fertility and birth.

Other carvings of animals and human figures surrounding the tomb are meant as the servants of the dead in the after-life. The wooden roof meanwhile is covered with a tightly plaited bamboo matting painted with natural red pigments.

Broken dishes, cups, trays and other wooden tools are also put inside the tomb to provide the deceased with the basic necessities they will need in the other world.

Photos taken at Vietnam Museum of Ethnology during my Hanoi visit in July 2008. 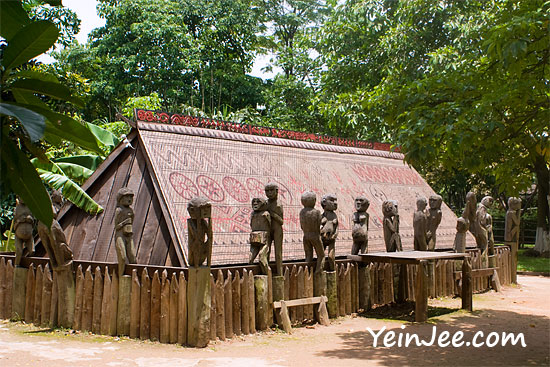