At Seoul’s Mt Namsan, thousands of love padlocks can be seen hanging on the fences around the base level of N Seoul Tower. Locks of love is a custom in some cultures where love birds would lock their padlocks at public areas and throw away the key to symbolise that their love will be locked forever. 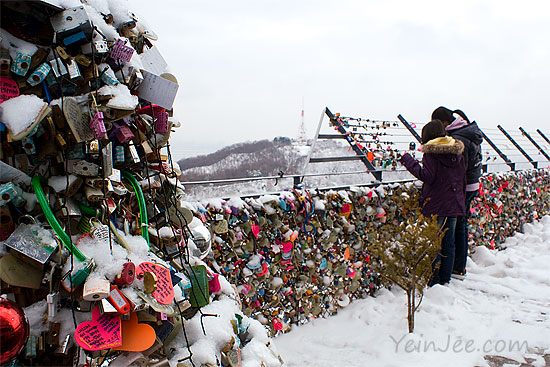 The practise – suggested to be originated from China – is pretty popular in East Asia and some European countries. Technically the lovers can leave their locks wherever they want, but normally there’s one or two hotspots in each of the cities where local authorities would approved the custom.

Namsan is the one for Seoul. I have read a news sometime ago that the love-lock-fences were in danger of collapse due to the collective weight of the padlocks. Not sure what they have done to handle that, but the fences I’ve seen during my February visit seemed pretty sturdy. Hmmm, snow… I miss winter. 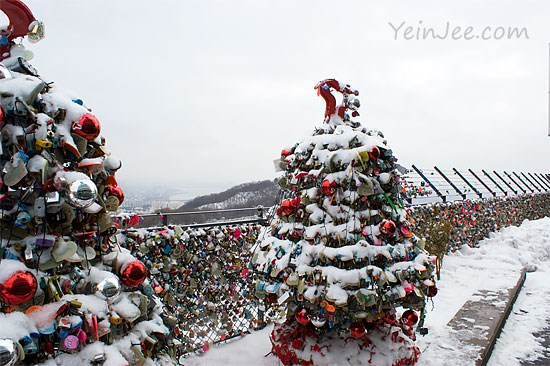 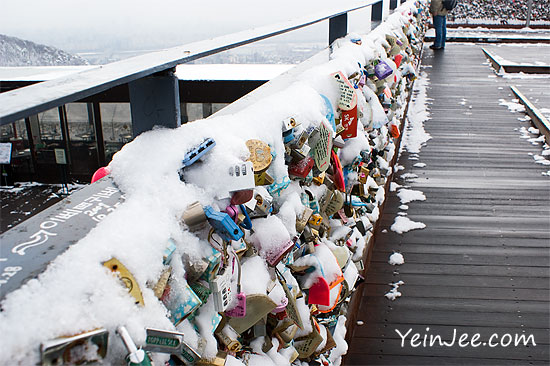 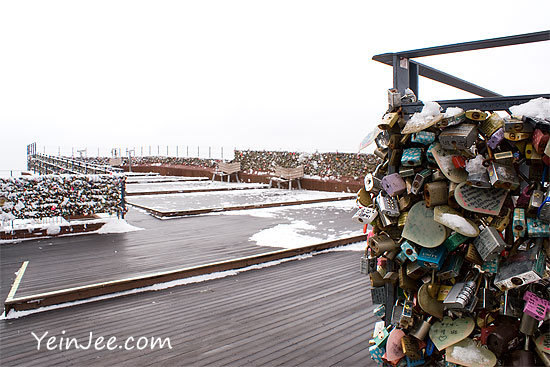 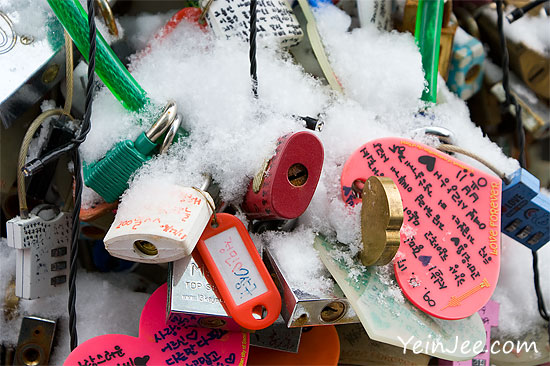 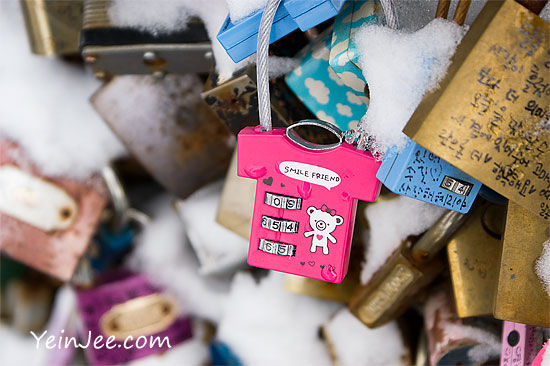