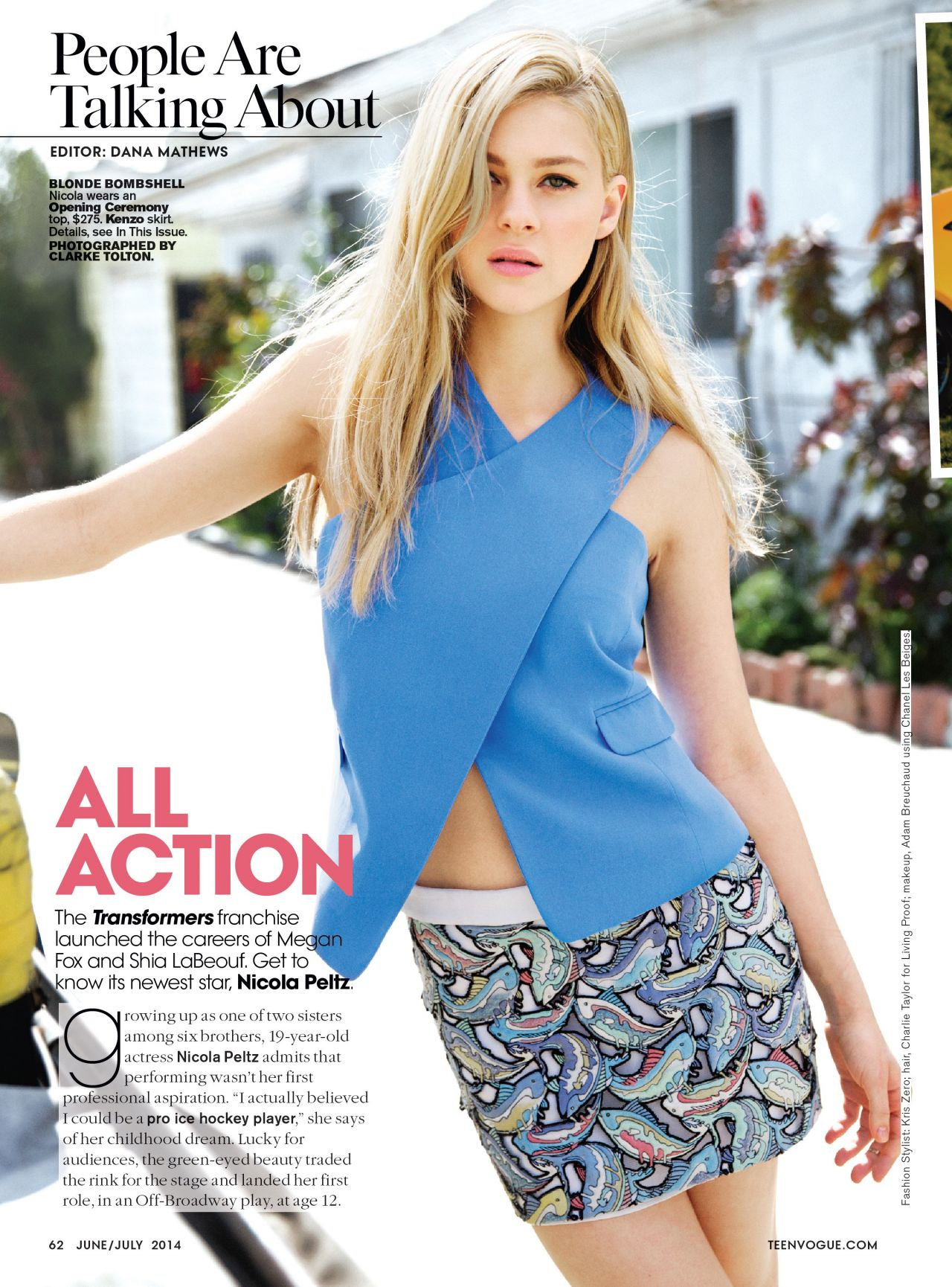 Peltz plays the role of the teenage daughter of Mark Wahlberg in Transformers: Age of Extinction. The film will open in theatres next Thursday in most places, I’ll probably catch it a week later.

Judging from the trailer there’s plenty of room for improvement on her acting. Regardless, she’s getting the kind of exposure which most aspiring actors can only dream of. Not sure if she can turn into a good actress in future – it requires some effort – but she’s going to become a famous one.