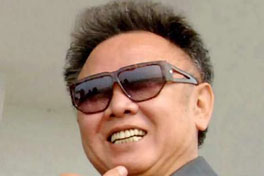 It’s reported that North Korea are punishing people who didn’t mourn enough for the death of former leader Kim Jong-il, and also those who criticised the new leader and the dynastic system.

It’s claimed that authorities “are handing down at least six months in a labour training camp to anybody who didn’t take part in the organised gatherings during the mourning period, or who did participate but didn’t cry and didn’t seem genuine.”

The news came from a pro North-Korea-democratisation-movement paper, so there could be bias issue. And there’s very little solid evidence besides citing some “reliable” (but anonymous) sources. But still, it’s North Korea, nuff said.