Dinner on Feb 14, octopus hotpot at a restaurant in Jongno. Most restaurants were closed because of Korean New Year; the food alley near the area was one of the very few places which were in operation. 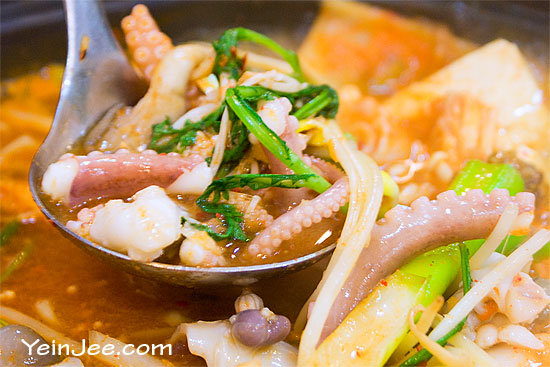 The octopuses were still alive when served and were cooked right in front of my eyes. Didn’t realise that when I ordered the dish, so it’s a bit of a shocker.

There’s sense of guilt for a short moment, but I had no problem chowing it down and hypocritically enjoying the food after it’s cooked. 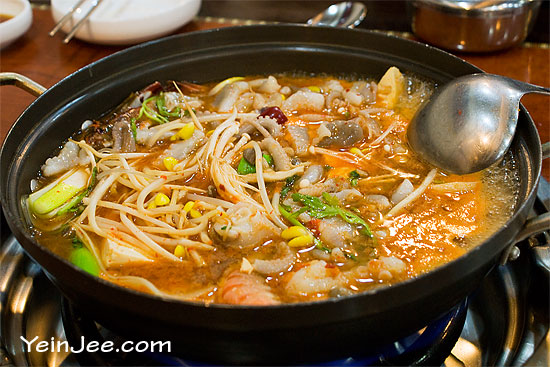 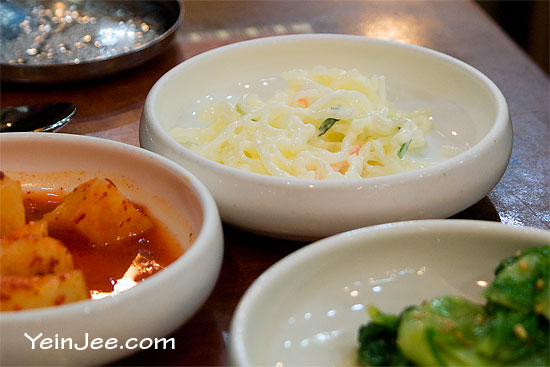 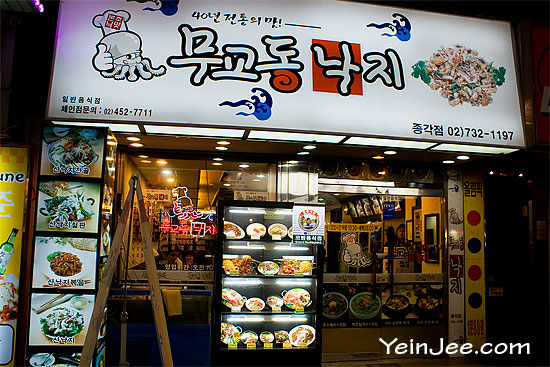 Pretty nice meal; billed at 35,000 won (~ US$30) for two pax. Official address and English name of the restaurant unknown as in most cases during this Seoul trip.