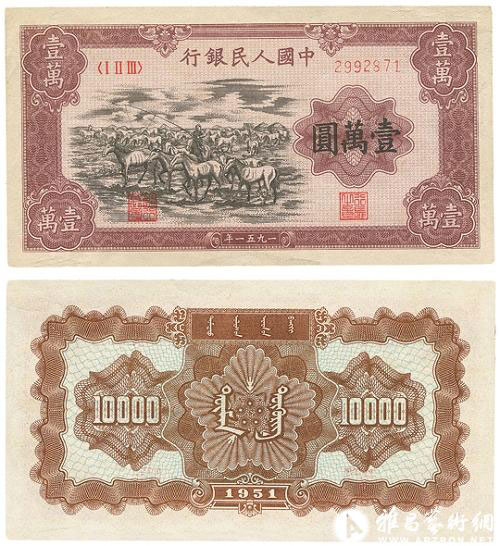 Nicknamed the “horse ranching pic” for its background image, the banknote was the first batch of Renminbi issued by the People’s Bank of China in 1951.

The banknote had a face value of 10000 when issued, but the currency was revalued shortly after and 10000 became ¥1 instead. Image via Artron [Cn], click pic for bigger size.