Popular mobile based game Angry Birds is now available online for free (for the first few themes). The online version, currently in Beta, is developed primarily for Google Chrome browser, but it seems that Firefox etc. users can access the web game just fine at Angry Birds Chrome’s official site, at least for the current moment. 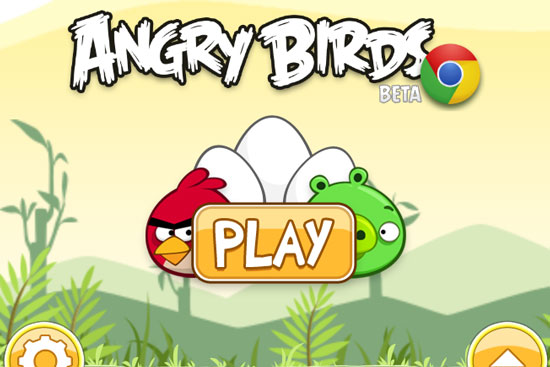 Angry Birds was first released for Apple OS in late 2009 and is arguably the most popular mobile game application to date. It has been released to other platforms (Android etc.) over the period, and its popularity is still rising, with expectation of 100 million downloads in China alone in near future.

The web based Angry Birds won’t be free eternally though; gamers will have to pay to access “premium levels” when the Beta testing is over. The paid version of the game (on Apple etc.) is pretty affordable, so the upgrade should be quite cheap as well.

Though to be honest, the experience of playing the game on web browser is far less interesting than playing it on iPad or similar touch-screen devices.

This will be the final year of my 30's. Time flies, and it seems to fade faster as one gets older. This post is a bit of recap of my adult life and some future … END_OF_DOCUMENT_TOKEN_TO_BE_REPLACED

Trailer for American film Top Gun: Maverick, a sequel to 1986's Top Gun. Beautiful is not the usual word to associate with action movies, but I cannot find a better … END_OF_DOCUMENT_TOKEN_TO_BE_REPLACED

Malaysia will be in lockdown from March 18 to March 31, 2020, to deal with the Covid-19 situation. Officially it's a Movement Control Order (MCO) but it's … END_OF_DOCUMENT_TOKEN_TO_BE_REPLACED

Korean pop idol Sulli, former member of girl group f(x), was found dead at her home on Monday. Authorities are investigating the cause of death, and it's presumed … END_OF_DOCUMENT_TOKEN_TO_BE_REPLACED

Singapore has imposed the circuit breaker measures to curb the spread of Covid-19 since early April. They announced an extension (until June 1) and some new rules a … END_OF_DOCUMENT_TOKEN_TO_BE_REPLACED

A cute photo series amidst the Covid-19 lockdown in Malaysia. Armed forces are present to assist the police to enforce the Movement Control Order (MCO) across the … END_OF_DOCUMENT_TOKEN_TO_BE_REPLACED