Manila metro police yesterday (Dec 2) launched its Santa Cops program where some 200 police officers would be wearing the Santa Claus hat while on duty (until Jan 2). 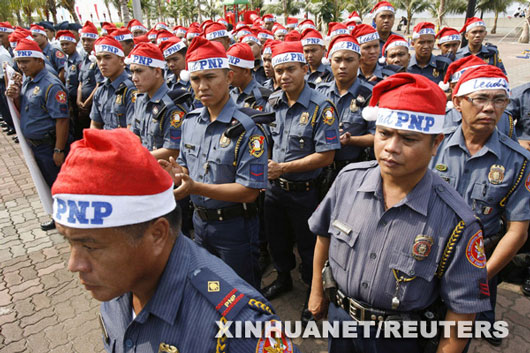 The Santa cops during the official project launch (Image from Xinhuanet)

The Santa cops will be deployed in malls, markets, and busy public areas in the capital city of the Philippines to maintain peace during the festive season.

The concept was introduced a few years ago to portray a friendly image and to bring the cops closer to the public. The idea is probably well received by the Manila people considering the fact that the metro police is making it an annual routine.