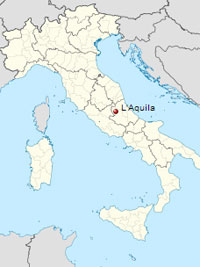 Six Italian scientists and an ex-government official have been sentenced to six years in prison (for multiple manslaughter) over the 2009 earthquake in L’Aquila which killed 309 people.

The verdict was made not because of the failure to predict the quake (which we know is quite impossible), but the “over-assurance” that misled the victims that it’s safe despite some hints.

But what else should the scientists tell the people?

With this verdict the only call scientists can make in future is to evacuate every time there’s a small tremor, which probably means that most part of Italy is not habitable.

The scientists made the wrong decision for L’Aquila, unfortunately. But they didn’t have much option besides giving the “false assurance”.