A high-rise apartment building in Shanghai was destroyed by fire on Monday, killing at least 53 people and injuring 70 others. Image from Xinhuanet [Cn] 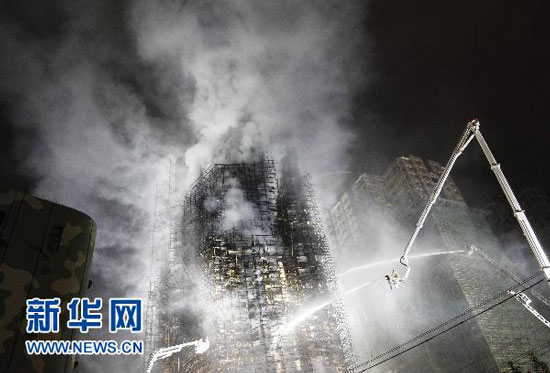 The 28-storey apartment was under renovation; eyewitness suggested that the construction materials first caught fire at around 2pm, and the flames spread through the scaffolding and soon to the building block itself. More than 80 fire engines were deployed, and the blaze was brought under control after six hours. 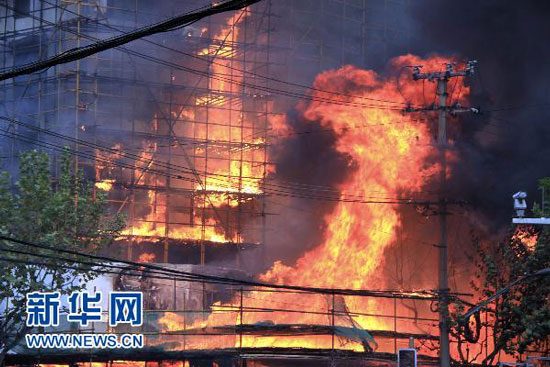 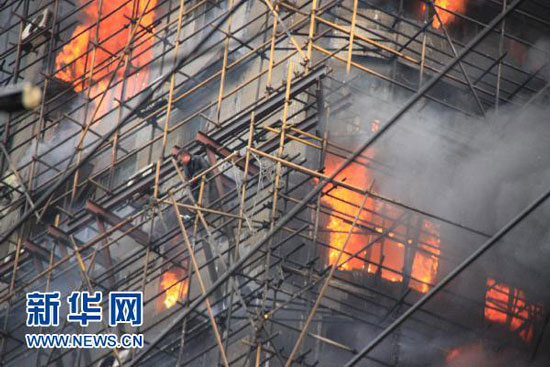 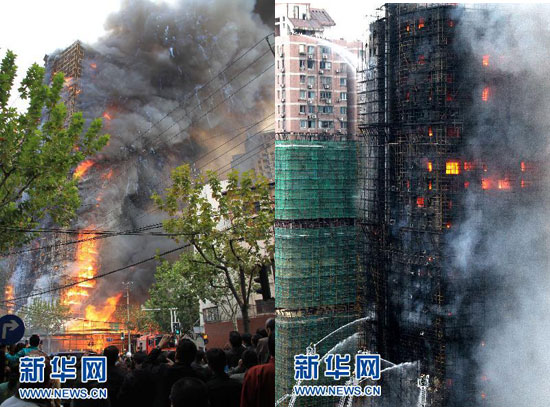 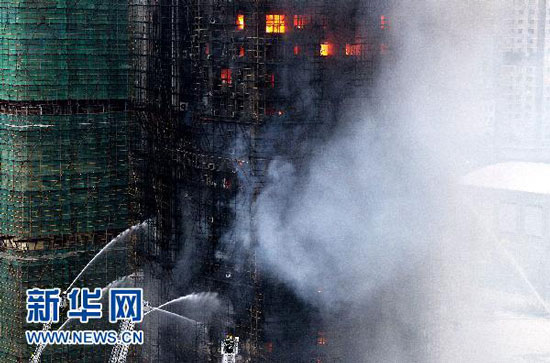