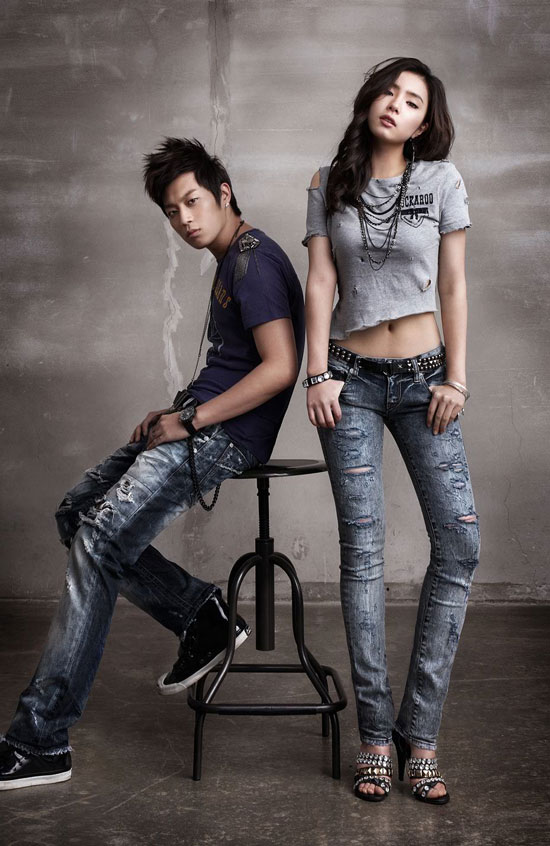 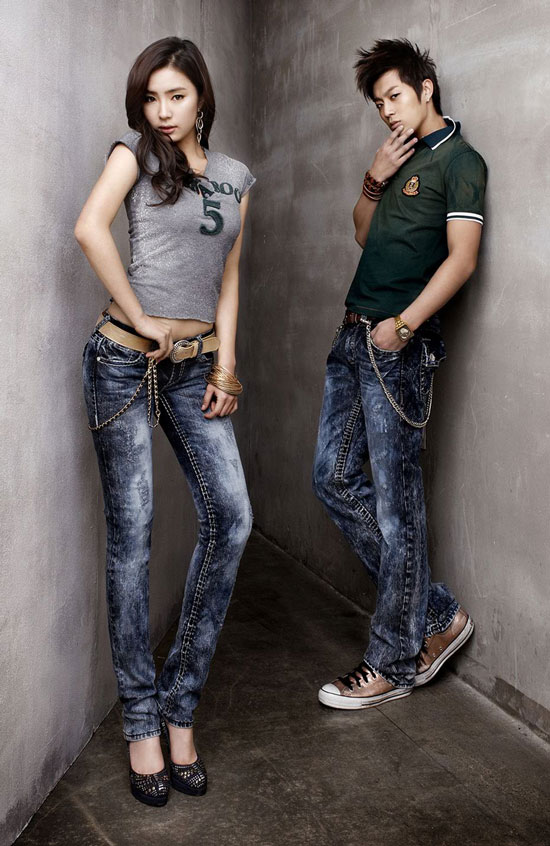 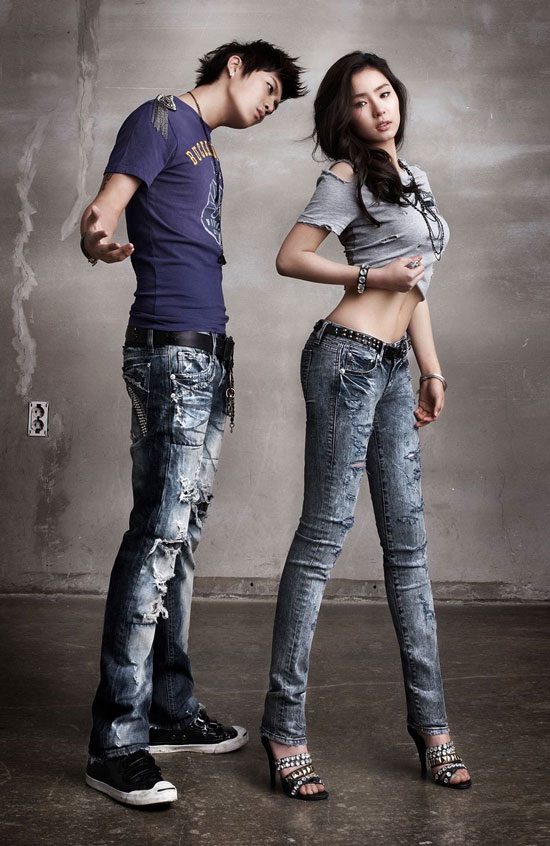 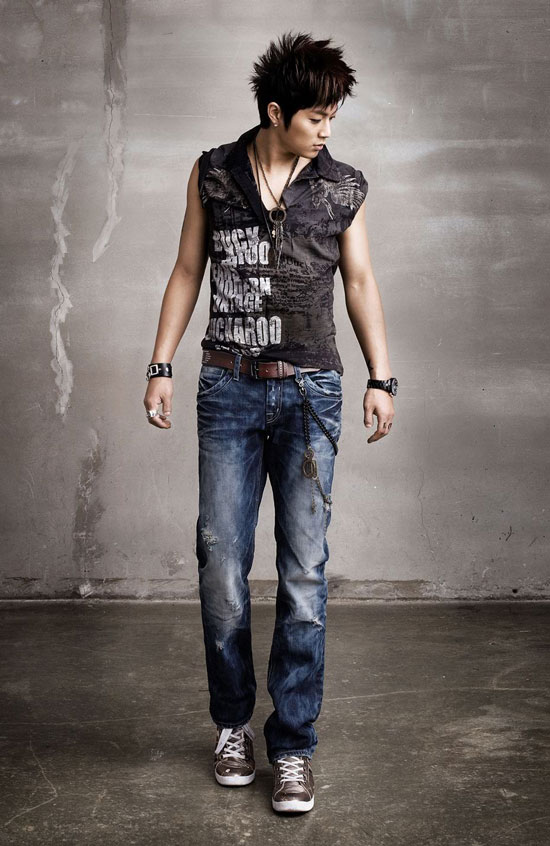 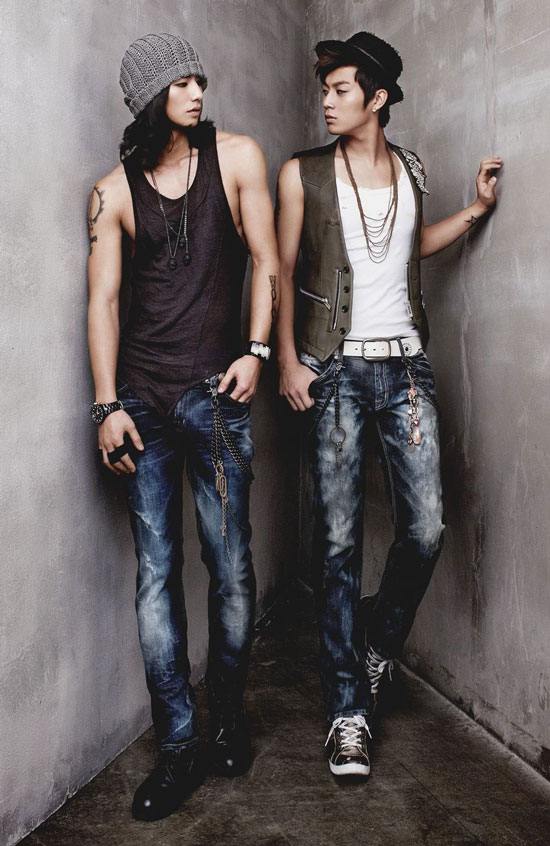 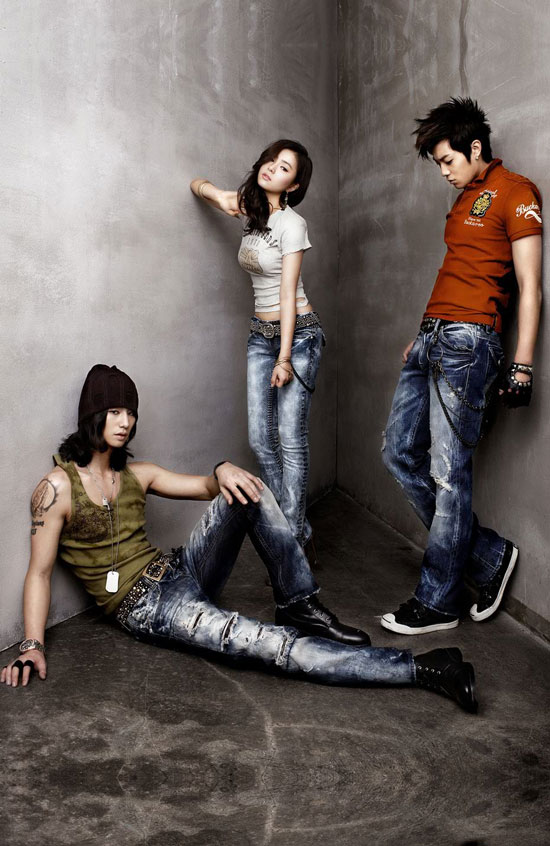 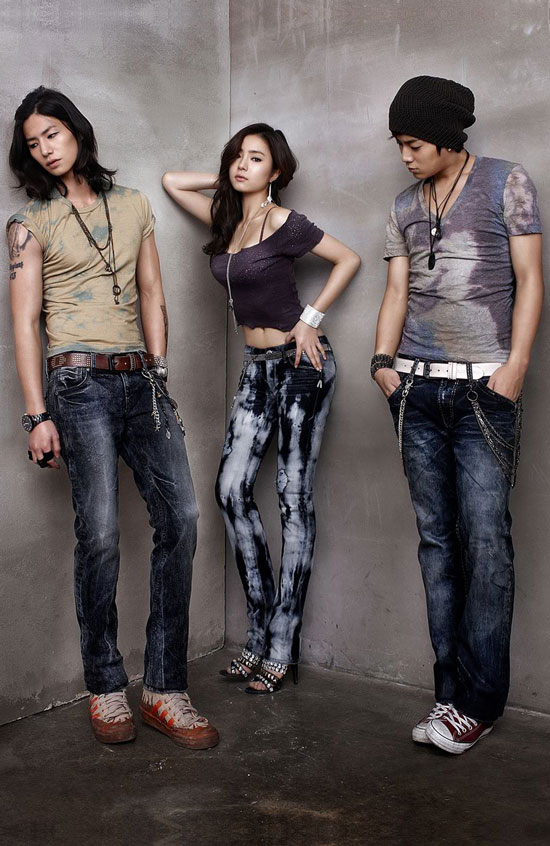 Shin Se-kyung started her showbiz career as a child actress and made her breakthrough last year with sitcom High Kick Through The Roof. B2ST (or Beast) is a rookie group which made their debut last year, and Doojoon is the group leader. Song Jae-rim is an established model who also made her acting debut last year. Looks like Buckaroo is looking for a trait (rising stars?) when hiring their endorsers.