Sindang-dong, Seoul’s famous place to have Korean tteokbokki (rice-cakes in red-pepper sauce). There’s dozen of restaurants selling the Korean dish at one particular street; we dined at the Mabongnim Halmeoni Tteokbokki restaurant (in February) which is one of the earliest to open its biz in the area in 1953. 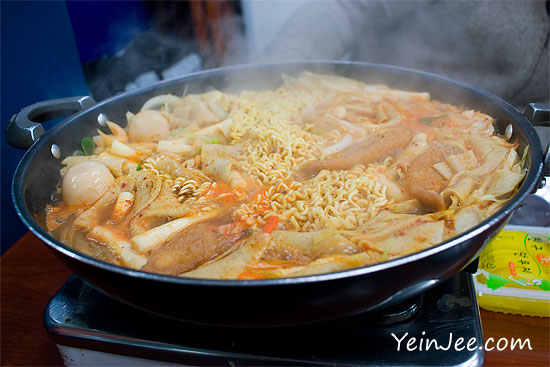 Contrary to the simple tteokbokki in night markets which are often just a snack, the Sindang tteokbokki is one whole meal with rice cakes, noodles, veges and some fried stuff etc., and it’s cook with a huge fried pan with spicy sauce. 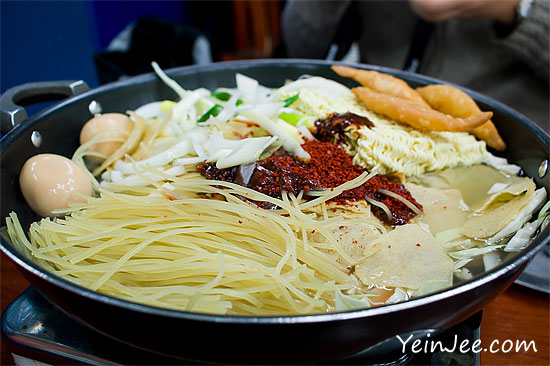 Simple stuff, and tasted good. It costed 10000 KRW (~ USD8) for two pax, pretty cheap by Korean standard. The cooking could get a bit messy though, but it’s part of the experience if you look it in a positive way. 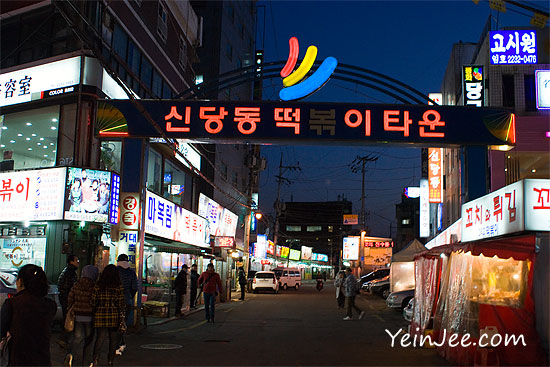 Direction: Exit 8, Sindang Station (Subway Line 2 or 6). Shortly after the exit, turn left just before the fire station; go straight (100-200 metres) and you’ll see the square-arch which is the entrance to the street with many options. Mabongnim Halmeoni Tteokbokki is the left corner shop beside the arch.

This will be the final year of my 30's. Time flies, and it seems to fade faster as one gets older. This post is a bit of recap of my adult life and some future … END_OF_DOCUMENT_TOKEN_TO_BE_REPLACED

Trailer for American film Top Gun: Maverick, a sequel to 1986's Top Gun. Beautiful is not the usual word to associate with action movies, but I cannot find a better … END_OF_DOCUMENT_TOKEN_TO_BE_REPLACED

Malaysia will be in lockdown from March 18 to March 31, 2020, to deal with the Covid-19 situation. Officially it's a Movement Control Order (MCO) but it's … END_OF_DOCUMENT_TOKEN_TO_BE_REPLACED

Korean pop idol Sulli, former member of girl group f(x), was found dead at her home on Monday. Authorities are investigating the cause of death, and it's presumed … END_OF_DOCUMENT_TOKEN_TO_BE_REPLACED

Singapore has imposed the circuit breaker measures to curb the spread of Covid-19 since early April. They announced an extension (until June 1) and some new rules a … END_OF_DOCUMENT_TOKEN_TO_BE_REPLACED

A cute photo series amidst the Covid-19 lockdown in Malaysia. Armed forces are present to assist the police to enforce the Movement Control Order (MCO) across the … END_OF_DOCUMENT_TOKEN_TO_BE_REPLACED