4Minute is a South Korean girl group with popular songs like Volume Up, Mirror Mirror and I My Me Mine etc. 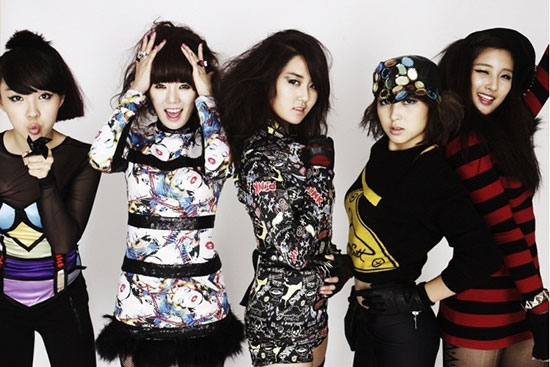 4minute made their official debut in June 2009 with single Hot Issue, followed by a mini-album For Muzik in August. The five members of 4minute are Jihyun, Gayoon, Jiyoon, Hyuna and Sohyun. Check out 4minute members profile.

4minute their first full length Korean album, 4minutes Left, in April 2011. The group also released a few Japanese singles in the calendar year before making their comeback in Korea with their 4th Korean mini album, Volume Up, in April 2012.