Han Hyo-joo is one of the most popular Korean actresses – starring in popular dramas and movies e.g. Like Land and Sky, Iljimae, Brilliant Legacy, Dong Yi, and Only U etc. 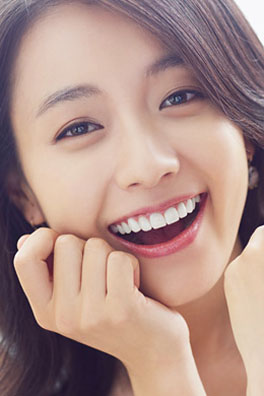 Han Hyo-joo was discovered in 2003 from a beauty contest. She made her acting debut in 2004 with sitcom Nonstop 5 before landing an emcee MC job on SBS’s Popular Song music show in 2005.

Han Hyo-joo made her first breakthrough in 2006 with starring role in drama series Spring Waltz, which did just ok but she gained wide notice which contributed for getting her role in soap opera Like Land & Sky (2007) which made her one of the hottest young actresses then.

Han Hyo-joo’s popularity continued to rise in 2008 with drama Iljimae. 2009 was to be her defining year with runaway hit Brilliant Legacy which made her well known across Asia. She followed up the success in 2010 with historical drama Dong Yi.

Han Hyo-joo switched to big screen in 2011 with acclaimed movie Only You. Her 2012 film Gwanghae will premier in September, and she’s currently working on a new movie titled Love 911.