Miss A – often stylised as miss A – is a popular Chinese-Korean girl group with hit songs like Bad Girl Good Girl, Goodbye Baby and Touch etc. 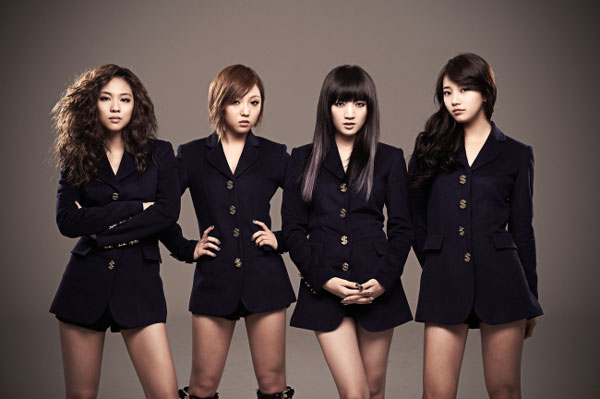 The four members of Miss A are Fei and Jia from China, and Suzy and Min from South Korea. Check out Miss A members’ profiles for more personal information.

The group, initially with five members, was unofficially known as the Sisters. The girls have appeared on random shows in China before being reshuffled and made their official debut in July 2010 with Korean single Bad But Good which became a huge hit.

Miss A released their second single Step Up in September before releasing their first studio album, A Class (which includes hit song Good Bye Baby) in July 2011. The album was released in China in September with Chinese remake of some hit songs.

Visit our blog for more Miss A pictures, news, comments and videos.