The Wonder Girls are one of South Korea’s top female pop groups, with hit songs like Be My Baby, 2 Different Tears, Nobody, So Hot and Tell Me etc. 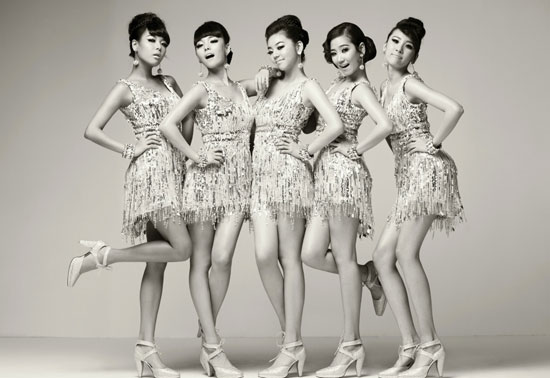 The Wonder Girls made their debut with mini-album The Wonders Begin in early 2007, but underwent a member change just months later with Hyuna leaving and Yoobin coming in. The new team released their first full album The Wonder Years in September; its main track Tell Me was a huge hit, and their popularity soared.

Wonder Girls released single So Hot in June 2008, a decent hit; followed by Nobody a few months later which was one of the most popular songs of the year. The Wonder Girls made their official American debut in 2009 with an English version of Nobody and became the first Korean singers to enter US Billboard Hot 100 singles chart.

Wonder Girls underwent another member change with Sun Mi leaving to pursue her study in February 2010. Hong Kong born Hyerim joined in as replacement, and the new team released a multi-lingual mini album 2 Different Tears in May.

Wonder Girls released their second Korean studio album Wonder World in November 2011. They released a Korean mini-album, Wonder Party, in June 2012. The girls were busy in the US too, starring in a made-for-TV movie, The Wonder Girls, broadcast in February 2012; and released a couple of singles as soundtracks.

Wonder Girls are taking an indefinite break (as a group) following Sunye’s wedding in January 2013. Check out Wonder Girls member profiles for more personal details of each member. Visit our main blog for more Wonder Girls Pictures, news and videos.