The Statue of Charlemagne is located just outside of Notre Dame de Paris. 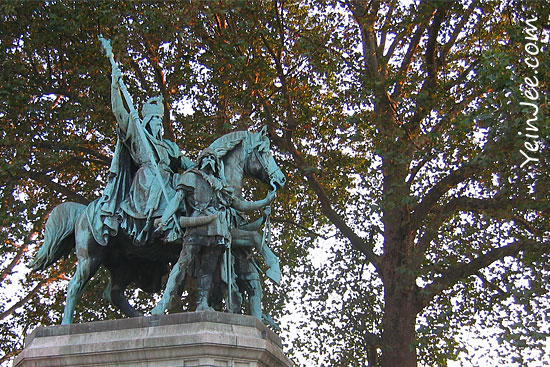 Charlemagne, or Charles the Great, was the emperor of the Frankish Kingdom (768 to 814) which covered large part of the Western Europe. The Frankish Kingdom was later split into three by his descendants; one of the those areas was Western Francia which became the foundation of modern France.

After visiting the Notre Dame we wandered into the Latin Quarter to have our dinner. I got a crêpe jambon-fromage-oeuf (crepe with ham, cheese and egg), which was absolutely delicious. We then went on a night cruise on Seine River and had our first glimpse of the Eiffel Tower.