Haven’t watched the movie yet, perhaps I should catch it while I’m in Seoul for a different kind of cinematic experience. The trailer doesn’t excite me to be honest, it’s all about the 3D hype… without that it’s probably just another average sci-fi action film.

Directed by Andrzej Bartkowiak, the film follows the earlier life of Chun Li, a character from popular video game series Street Fighter. Most of the stories take place in Bangkok, and a bit in Hong Kong.

The trailer seems fine but there’s nothing much about Street Fighter. What’s the point of making a movie out of a popular video game when they are not using any of the elements? Could be much more interesting if it shows the origin of the iconic costume and features some famous fighting techniques etc.

Updates and thoughts – It’s a poor movie. The action is average, the cast does OK, and Kristin Kreuk looks cool. The plot is horrible though, it’s boring most of the time. And anyone who expected to see a Street Fighter adaptation would be disappointed because there’s hardly any game features in it.

Movie trailer of “Dragonball Evolution”, a Hollywood live adaptation of the popular Japanese anime-manga which is going to premier in March 2009… [via Japanprobe]

From a neutral point of view, the trailer doesn’t look too bad for those who don’t have much clue about the original Dragon Ball… but the DB’s fans are likely to hate this trailer/movie; it just couldn’t reflect the essence of the original work. 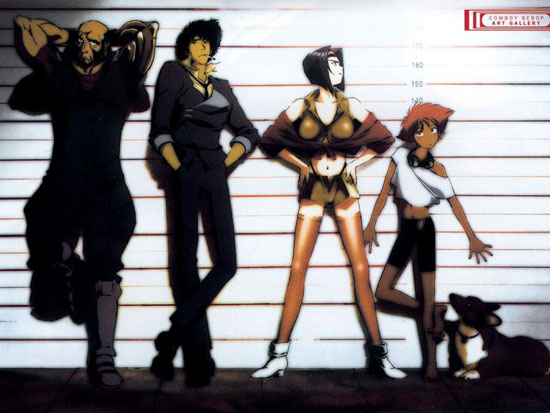 I don’t really like the idea of adapting Japanese anime to live action movies… but if it’s becoming a norm then Cowboy Bebop is probably one of the very few animes that could look decent in live-action because of the real-to-life characters.

There are rumours that Keanu Reeves will be involved, but the speculations are probably based on the fact that Stoff is Reeves’ agent.

[Update] Reeves has confirmed his role as Spike Spiegel, the main character.

Trailer for Babylon A.D., an English language science fiction action movie based on the novel Babylon Babies by French-born Canadian writer Maurice Georges Dantec. Directed by Mathieu Kassovitz, the film is a joint production between France, the United Kingdom and the United States.

Official intro by 20th Century Fox… “Vin Diesel stars as a mercenary hired to deliver a package from the ravages of post apocalyptic Eastern Europe to a destination in the teeming megalopolis of New York City. The “package” is a mysterious young woman with a secret.”

The woman isn’t that secretive anymore after you watch the video; trailers reveal too much these days. It doesn’t impress me regardless; the actions and techs seem a bit ordinary for a scifi production and the actors look boring. Frankly, a movie is usually poor if the teaser is bad to begin with.

The only reason I’m considering watching this is because of my fellow countrywoman Michelle Yeoh. She’s starring as a nun who’s also the guardian of Aurora, aka the mysterious woman. Not sure if it’s a good or bad thing but most of her roles are martial art related these days.

Michelle is also starring in another Hollywood film, The Mummy: Tomb of the Dragon Emperor, which is hitting the theatres in the same month. And yes, looks like she’s a kungfu fighter yet again. On second though, it has to be a good thing to get these exposures in Hollywood regardless of the roles.

As part of a successful franchise, The Mummy – also starring Brendan Fraser, Jet Li and Maria Bello etc. – will probably fare better than Babylon in the box office. Good luck to both films.

Trailer for American action thriller Live Free or Die Hard, the fourth instalment in the Die Hard film series. Directed by Len Wiseman, with Bruce Willis reprising his famous role as Detective John McClane, who this time fights against cyber terrorists who hacked into major networks and crippled the country.

Justin Long plays a hacker who helps McClane, and Timothy Olyphant as the leader of the terrorist group. The cast also includes Cliff Curtis, Maggie Q and Mary Elizabeth Winstead. In cinemas next month.

I’m a fan of the film series but not sure about this one. The previous instalment was back in 1995, doubt it’s a good idea to make a new movie after a decade. Will give this a go regardless for nostalgia sake; guess the producers calculated this, banking on the old fans to support the box office.

Update – My two cents after watching this, which is titled Die Head 4.0 outside of North America. It’s an entertaining movie packed with over the top actions, Die Hard fans will like this. I’m a bit disappointed with the villains’ agenda; the final goal doesn’t make sense because with their abilities they can achieve that easily via more direct methods. Nothing much to nitpick otherwise, it’s a decent action film.

This will be the final year of my 30's. Time flies, and it seems to fade faster as one gets older. This post is a bit of recap of my adult life and some future … END_OF_DOCUMENT_TOKEN_TO_BE_REPLACED

Trailer for American film Top Gun: Maverick, a sequel to 1986's Top Gun. Beautiful is not the usual word to associate with action movies, but I cannot find a better … END_OF_DOCUMENT_TOKEN_TO_BE_REPLACED

Malaysia will be in lockdown from March 18 to March 31, 2020, to deal with the Covid-19 situation. Officially it's a Movement Control Order (MCO) but it's … END_OF_DOCUMENT_TOKEN_TO_BE_REPLACED

Korean pop idol Sulli, former member of girl group f(x), was found dead at her home on Monday. Authorities are investigating the cause of death, and it's presumed … END_OF_DOCUMENT_TOKEN_TO_BE_REPLACED

Singapore has imposed the circuit breaker measures to curb the spread of Covid-19 since early April. They announced an extension (until June 1) and some new rules a … END_OF_DOCUMENT_TOKEN_TO_BE_REPLACED

A cute photo series amidst the Covid-19 lockdown in Malaysia. Armed forces are present to assist the police to enforce the Movement Control Order (MCO) across the … END_OF_DOCUMENT_TOKEN_TO_BE_REPLACED