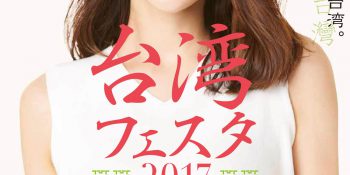 Taiwan Festa [Jp] is a Taiwanese culture event which will be held at Yoyogi Park in Tokyo on July 29-30. The festival will feature food stalls, souvenir booths, as well as performances by both Japanese and Taiwanese artists. Aiku Maikawa Model and … END_OF_DOCUMENT_TOKEN_TO_BE_REPLACED

Japanese model Aiku Maikawa in a commercial for D-UP false eyelashes. Aiku Maikawa Maikawa started her modelling career with Popteen Magazine in 2005. She rose to fame when she signed as an exclusive model with CanCam Magazine in 2008. Maikawa also … END_OF_DOCUMENT_TOKEN_TO_BE_REPLACED

Japanese music video for YAY by pop band moumoon. The song was released a few months after Sunshine Girl in 2010 but didn't draw my attention then. Sunshine Girl was one of my favourite songs last year; YAY is just OK relatively. What's special about … END_OF_DOCUMENT_TOKEN_TO_BE_REPLACED