The highest paid models between June 2014 and June 2015 according to Forbes.

Gisele Bündchen has topped the list since 2007 and by a huge margin these days. The Brazilian is a highly successful businesswoman though, so large part of her income may come from her business instead of usual modelling works.

American premium lingerie brand Victoria’s Secrets has summoned its Angels to wish everyone a Merry Christmas by performing a classic carol. Visually pleasing, but as one of the ladies said… it’s not fair to make a model sings.

Victoria’s Secret Angels are the brand’s contract models. The company introduced the idea in a commercial in 1997, which featured Helena Christensen, Karen Mulder, Daniela Pestova, Stephanie Seymour and Tyra Banks.

The commercial was a huge success, and the Angels began featuring in various advertisements and the brand’s annual fashion show.

There are dozens of Angels past and present. Notable ones (not mentioned above) include Gisele Bündchen, Adriana Lima, Heidi Klum and Behati Prinsloo etc.

Not all models who have worked with the brand (catwalks, photo shoots etc.) are classified as Angels though. For example Isabeli Fontana and Angela Lindvall who had walked the Victoria’s Secret fashion show numerous times. 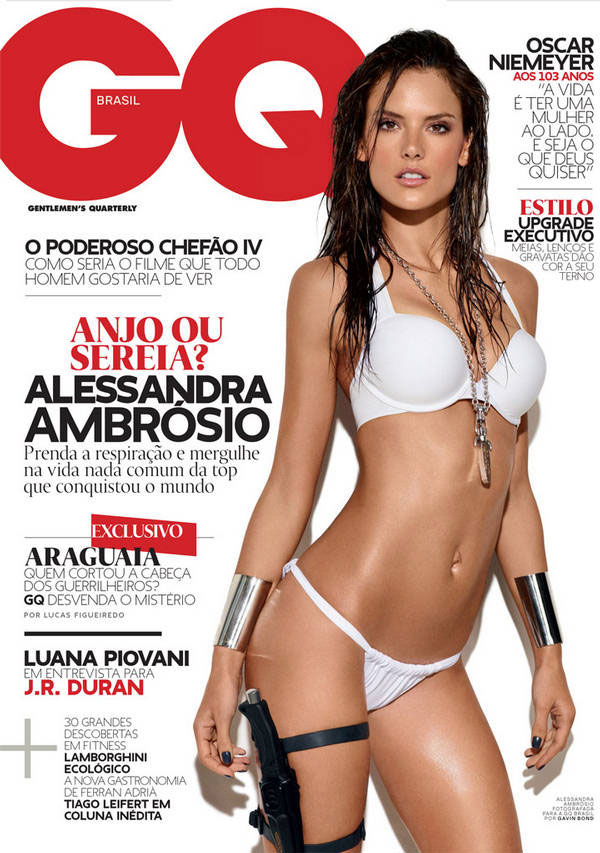 Victoria’s Secret is an American brand of women’s premium lingerie, clothing and beauty products. It only started global expansion in recent years but many people already know about the brand; its annual show and models (aka the Angels) probably play a huge part in that.

The first VS Fashion Show was held in 1995. It made its network TV broadcast debut in 2001, and it introduced live music acts by pop singers in the same year too. The show also became more widespread overseas in recent years because of YouTube and other online media.

I first watched the show in 2006. I like the event, not going to lie about that; it becomes a bit boring after a few years though, feels like watching the same thing all over again. A summarised video like this one seems about right though.

This will be the final year of my 30's. Time flies, and it seems to fade faster as one gets older. This post is a bit of recap of my adult life and some future … END_OF_DOCUMENT_TOKEN_TO_BE_REPLACED

Been planning for a while to make Japan my next big trip destination. Seems like its not happening soon because of other commitments. And I want to avoid the … END_OF_DOCUMENT_TOKEN_TO_BE_REPLACED

Scanned picture of a 1998 cover of the Victoria's Secret swimwear catalogue. The models are Stephanie Seymour, Daniela Peštová and Tyra Banks - the first generation … END_OF_DOCUMENT_TOKEN_TO_BE_REPLACED

Trailer for American film Top Gun: Maverick, a sequel to 1986's Top Gun. Beautiful is not the usual word to associate with action movies, but I cannot find a better … END_OF_DOCUMENT_TOKEN_TO_BE_REPLACED

Singapore has imposed the circuit breaker measures to curb the spread of Covid-19 since early April. They announced an extension (until June 1) and some new rules a … END_OF_DOCUMENT_TOKEN_TO_BE_REPLACED

A cute photo series amidst the Covid-19 lockdown in Malaysia. Armed forces are present to assist the police to enforce the Movement Control Order (MCO) across the … END_OF_DOCUMENT_TOKEN_TO_BE_REPLACED

Malaysia will be in lockdown from March 18 to March 31, 2020, to deal with the Covid-19 situation. Officially it's a Movement Control Order (MCO) but it's … END_OF_DOCUMENT_TOKEN_TO_BE_REPLACED

Korean pop idol Sulli, former member of girl group f(x), was found dead at her home on Monday. Authorities are investigating the cause of death, and it's presumed … END_OF_DOCUMENT_TOKEN_TO_BE_REPLACED