Sneak peak (premier episode) for the 2010 version of American TV series Hawaii Five-0. The crime-action drama has just started showing at my place earlier this month; should be at least a few episodes ahead in the US & Canada…

The only thing I remember from the original Hawaii Five-O is the epic theme song; and it’s quite an old series so there’s no point comparing both. There are hits and misses with the 2010 show… Hawaii looks great, action is decent, but the script (the dialogues in particular) is poor, and the cast is doing just ok.

The Asian actors caught my interest at first; after all it’s not often to see Asians taking half a portion of the main cast (i.e. Alex O’Loughlin, Scott Caan, Daniel Dae Kim & Grace Park) in a US drama series. Grace Park took me to the second episode, and even she could do nothing as I halted before the third. 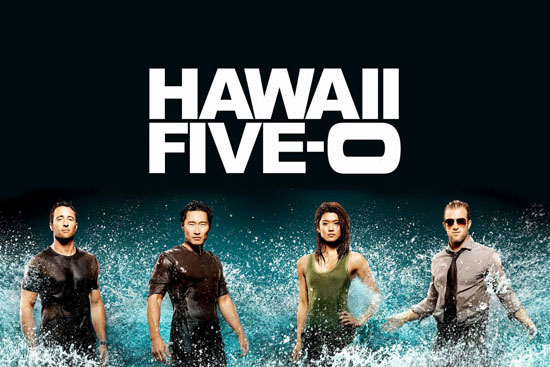 He’s not the main lead but plays an important role as “a womanising surgical resident who’s broken as many hearts as he’s replaced.”

Daniel made his name in South Korea as a top model before becoming an established actor. He’s probably best known in the west as Agent Zero in recent movie X-Men Origins: Wolverine.

I’m not too familiar with American industry but I think it’s uncommon for an Asian to play any significant role in prime time series. I guess it’s a decent feat and a good thing for Asian American actors.

Update – CBS cancelled the show after a season, which is unfortunate. Better luck next time.

This will be the final year of my 30's. Time flies, and it seems to fade faster as one gets older. This post is a bit of recap of my adult life and some future … END_OF_DOCUMENT_TOKEN_TO_BE_REPLACED

Trailer for American film Top Gun: Maverick, a sequel to 1986's Top Gun. Beautiful is not the usual word to associate with action movies, but I cannot find a better … END_OF_DOCUMENT_TOKEN_TO_BE_REPLACED

Malaysia will be in lockdown from March 18 to March 31, 2020, to deal with the Covid-19 situation. Officially it's a Movement Control Order (MCO) but it's … END_OF_DOCUMENT_TOKEN_TO_BE_REPLACED

Korean pop idol Sulli, former member of girl group f(x), was found dead at her home on Monday. Authorities are investigating the cause of death, and it's presumed … END_OF_DOCUMENT_TOKEN_TO_BE_REPLACED

Singapore has imposed the circuit breaker measures to curb the spread of Covid-19 since early April. They announced an extension (until June 1) and some new rules a … END_OF_DOCUMENT_TOKEN_TO_BE_REPLACED

A cute photo series amidst the Covid-19 lockdown in Malaysia. Armed forces are present to assist the police to enforce the Movement Control Order (MCO) across the … END_OF_DOCUMENT_TOKEN_TO_BE_REPLACED