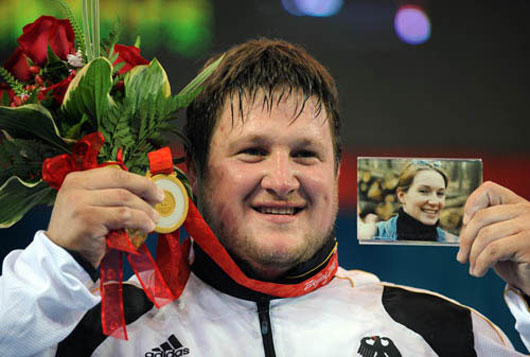 Some random news about Beijing 2008 Olympics... The power of love Matthias Steiner of Germany was the men's +105kg weightlifting champion on Tuesday. When I first saw the picture, I thought of how romantic this guy was... I only knew a day later that … END_OF_DOCUMENT_TOKEN_TO_BE_REPLACED

Official song for the 100-days countdown (April 30) to Beijing Olympic 2008, titled Beijing Welcomes You and sang by dozens of Chinese pop stars and celebrities. The song is written by Xiao Ke and lyric by Lin Xi. Featured artists include Stefanie Sun, … END_OF_DOCUMENT_TOKEN_TO_BE_REPLACED