Trailer for Hollywood film Life of Pi – latest work by Academy Award winning Taiwanese-American director Ang Lee – which is based on the novel of the same name by French-Canadian author Yann Martel. The 3D movie is opening on November 21.

Official synopsis from Fox Movies… “Life of Pi is about a young man who survives a tragic disaster at sea and is hurtled into an epic journey of adventure and discovery. While marooned on a lifeboat, he forms an amazing and unexpected connection with the ship’s only other survivor… a fearsome Bengal tiger.”

Not interested with the plot to be honest, but the visual effects look stunning. Suraj Sharma plays the main lead… the fact that a 19-year-old Indian teenager is making his acting debut in a huge Hollywood production is an amazing story itself.

The 47th Golden Horse Awards – Chinese equivalent of American Oscars – were presented on Saturday in Taipei. Some red carpet pics and major winners below… 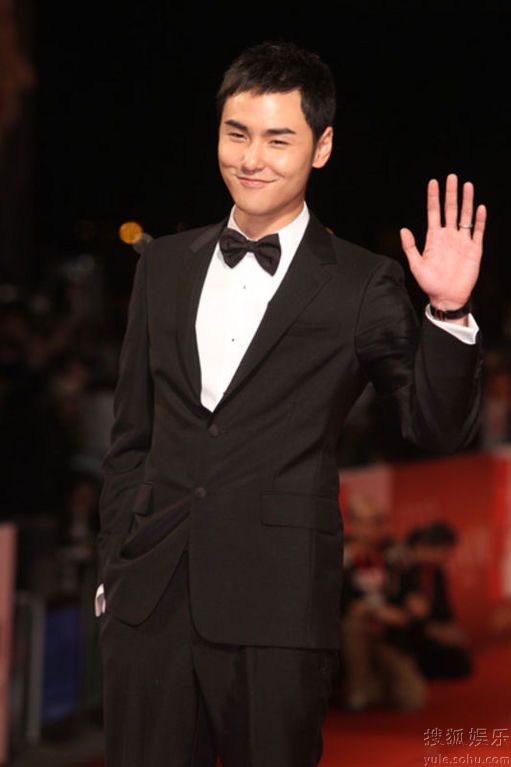 END_OF_DOCUMENT_TOKEN_TO_BE_REPLACED

Speaking of the new Hulk movie, which will be in cinemas next month, let’s discuss a bit about the 2003 adaptation by Taiwanese director Ang Lee. The old film stars Eric Bana, Jennifer Connelly, Sam Elliott, Josh Lucas and Nick Nolte. It’s simply titled as Hulk, check out the trailer…

The film received polarising reviews – some people love it, many others hate it. Unlike many superhero movies, director Ang Lee focused on storytelling instead of the action. The visual effect is also special in a comical way, kind of a homage to the action films in the 80s.

If you watch Hulk today and know nothing about the actors, you may have guessed that it’s a film from that era (80s-90s). It’s what the director had intended, for better or worse. I’m fine with the visual style though; I actually like some of the ideas, and I appreciate filmmakers who try something different.

Overall it’s above average for me. The action is comical but fun in some ways; the tank-throwing part will always be epic; and there’s Jennifer Connelly. I can understand that the directive style is not everyone’s cup of tea though, it’s rather unique; and the story is too long especially with its slow pacing.

The upcoming adaptation is a reboot and stars Edward Norton as the title character. It will feature a new story instead of going through the “how Bruce became Hulk” part again though. And it’s supposed to be part of a new movie franchise which also features the Iron Man etc.

This will be the final year of my 30's. Time flies, and it seems to fade faster as one gets older. This post is a bit of recap of my adult life and some future … END_OF_DOCUMENT_TOKEN_TO_BE_REPLACED

Trailer for American film Top Gun: Maverick, a sequel to 1986's Top Gun. Beautiful is not the usual word to associate with action movies, but I cannot find a better … END_OF_DOCUMENT_TOKEN_TO_BE_REPLACED

Malaysia will be in lockdown from March 18 to March 31, 2020, to deal with the Covid-19 situation. Officially it's a Movement Control Order (MCO) but it's … END_OF_DOCUMENT_TOKEN_TO_BE_REPLACED

Korean pop idol Sulli, former member of girl group f(x), was found dead at her home on Monday. Authorities are investigating the cause of death, and it's presumed … END_OF_DOCUMENT_TOKEN_TO_BE_REPLACED

Singapore has imposed the circuit breaker measures to curb the spread of Covid-19 since early April. They announced an extension (until June 1) and some new rules a … END_OF_DOCUMENT_TOKEN_TO_BE_REPLACED

A cute photo series amidst the Covid-19 lockdown in Malaysia. Armed forces are present to assist the police to enforce the Movement Control Order (MCO) across the … END_OF_DOCUMENT_TOKEN_TO_BE_REPLACED