AX is traditionally held on the first weekend in July. The annual event will again be hosted at Los Angeles Convention Center, their main venue since 2008. 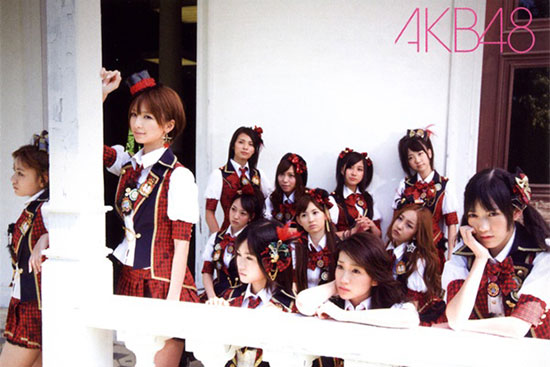 The 2010 Anime Expo is scheduled for July 1–4 at the Los Angeles Convention Center. AKB48 will perform live in Nokia Theater on July 1 and will take part in attendee panels, meet-and-greets and autograph sessions. Details here.

Japanese pop group Morning Musume is going to perform at the 2009 Anime Expo (AX), America’s largest anime convention that will be held on July 2-5 at the Los Angeles Convention Center. Details on AX official website.

J-pop fans in the region will be happy with the news. Morning Musume’s popularity is not what it used to be but the girl group is a Japanese pop culture icon after all, and Japanese idols rarely venture out of Japan so it’s all good.

Some hardcore anime fans might not be too impressed though, I’ve known a few people that don’t fancy pop stars intruding anime/manga conventions, especially those whose previous works are totally not related to Japanese anime culture.

This will be the final year of my 30's. Time flies, and it seems to fade faster as one gets older. This post is a bit of recap of my adult life and some future … END_OF_DOCUMENT_TOKEN_TO_BE_REPLACED

Trailer for American film Top Gun: Maverick, a sequel to 1986's Top Gun. Beautiful is not the usual word to associate with action movies, but I cannot find a better … END_OF_DOCUMENT_TOKEN_TO_BE_REPLACED

Malaysia will be in lockdown from March 18 to March 31, 2020, to deal with the Covid-19 situation. Officially it's a Movement Control Order (MCO) but it's … END_OF_DOCUMENT_TOKEN_TO_BE_REPLACED

Korean pop idol Sulli, former member of girl group f(x), was found dead at her home on Monday. Authorities are investigating the cause of death, and it's presumed … END_OF_DOCUMENT_TOKEN_TO_BE_REPLACED

Singapore has imposed the circuit breaker measures to curb the spread of Covid-19 since early April. They announced an extension (until June 1) and some new rules a … END_OF_DOCUMENT_TOKEN_TO_BE_REPLACED

A cute photo series amidst the Covid-19 lockdown in Malaysia. Armed forces are present to assist the police to enforce the Movement Control Order (MCO) across the … END_OF_DOCUMENT_TOKEN_TO_BE_REPLACED