It has been a frenzy week for Chinese actress Zhang Ziyi, as her topless and rather intimating sunbathing photos were exposed online… prompting wild debates among netizens, Chinese netizens in particular.

The paparazzi pics were taken while Ziyi was on the Caribbean island of St. Barts with her boyfriend Vivi Nevo. It’s said to be a private beach, but it doesn’t matter if it’s private or public… it’s a violation of privacy regardless.

Unfortunately the word privacy is no longer relevant in Hollywood… I think most of the western stars have got used to being hunt down by cameras where ever they go; and if they are getting naked on beaches… they should know what’s coming next.

What’s funny (or perhaps saddening on different perspective) is the responses from the Chinese public about the issue. While there were some folks who showed sympathy for Ziyi, lots of the online comments were rather harsh on the couple.

I guess there are too many jealous Chinese men around who are depressed that they couldn’t get a blonde girlfriend while seeing their top star taken by a white dude. I wonder what would be their responses if there’s a top Chinese male star caught sunbathing with a blonde on the beach… jumping in joy?

Chinese actress Zhang Ziyi and her boyfriend Vivi Nevo are engaged and expected to tie their knots in 2009; Vivi Nevo told the press about their plans during a recent event in US. 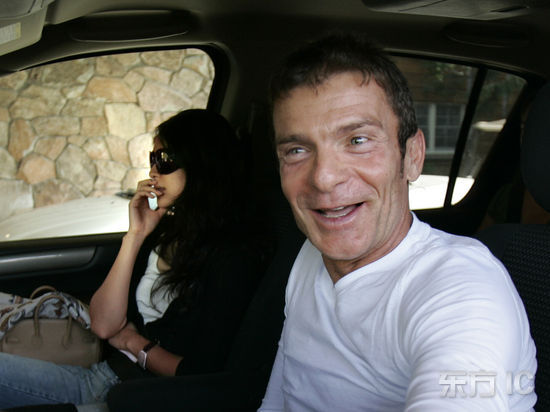 Vivi Nevo, 42, is a venture capitalist and one of the richest men in New York. He is one of the largest single shareholder in media giant Time Warner and also owns major stakes in some other companies through his investment arm.

The couple was first spotted together in January 2007 watching a basketball game in New York.

This will be the final year of my 30's. Time flies, and it seems to fade faster as one gets older. This post is a bit of recap of my adult life and some future … END_OF_DOCUMENT_TOKEN_TO_BE_REPLACED

Trailer for American film Top Gun: Maverick, a sequel to 1986's Top Gun. Beautiful is not the usual word to associate with action movies, but I cannot find a better … END_OF_DOCUMENT_TOKEN_TO_BE_REPLACED

Malaysia will be in lockdown from March 18 to March 31, 2020, to deal with the Covid-19 situation. Officially it's a Movement Control Order (MCO) but it's … END_OF_DOCUMENT_TOKEN_TO_BE_REPLACED

Korean pop idol Sulli, former member of girl group f(x), was found dead at her home on Monday. Authorities are investigating the cause of death, and it's presumed … END_OF_DOCUMENT_TOKEN_TO_BE_REPLACED

Singapore has imposed the circuit breaker measures to curb the spread of Covid-19 since early April. They announced an extension (until June 1) and some new rules a … END_OF_DOCUMENT_TOKEN_TO_BE_REPLACED

A cute photo series amidst the Covid-19 lockdown in Malaysia. Armed forces are present to assist the police to enforce the Movement Control Order (MCO) across the … END_OF_DOCUMENT_TOKEN_TO_BE_REPLACED