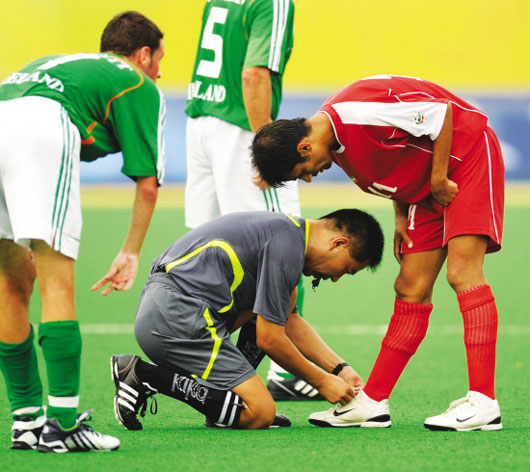 The Beijing Paralympic Games has started and ended rather quietly compared to the Beijing Olympic Games. Didn't manage to catch anything live... as said earlier, the media coverage was really poor for this event, which was a pity because I am sure there were … END_OF_DOCUMENT_TOKEN_TO_BE_REPLACED

The Beijing 2008 Paralympic Games opened last Saturady (Sept 6) and will run till September 17. Didn't manage to catch the opening ceremony live; I don't think it's shown on my local channels... had to catch the clips from Youtube instead. I am not sure … END_OF_DOCUMENT_TOKEN_TO_BE_REPLACED

Some random stuff about Beijing Olympics... Bush is happy US president George W Bush visited the US women's beach volleyball team on August 9 during their training session. It was a happy visit obviously... Hmmmm... (Image from Chinanews) … END_OF_DOCUMENT_TOKEN_TO_BE_REPLACED