A mini fire-show at a ramen restaurant [Jp] in Kyoto, Japan. Nothing magical, pour burning oil into water based liquid (vice versa) will do. Don’t try this at home ;)

I bet the gimmick will get them plenty of new customers, but it’s taste that matters most after all (not saying they are bad or anything). Hat tip to Japanprobe.

Malaysians are dumbfounded with news of fake chicken eggs being sold (and now seized) in a market at the northern Penang state.

The fake eggs are said to be tasteless, have unusual shapes, have rougher shell surface, and the white and yolk would quickly mixed together.

A quick find online shows that counterfeit eggs have been produced and sold illegally in China (where else?) in recent years, where the fake eggs are made of sodium alginate, alum, gelatin, edible calcium chloride, water and colouring.

The cost of producing a fake egg is about 1/3 (est.) of its selling price, which makes it profitable at places with cheap labour cost. The chemicals won’t pose immediate health threat to consumers, but different story long term wise.

[Update] The seized eggs in Malaysia are found to be genuine eggs. WTF. 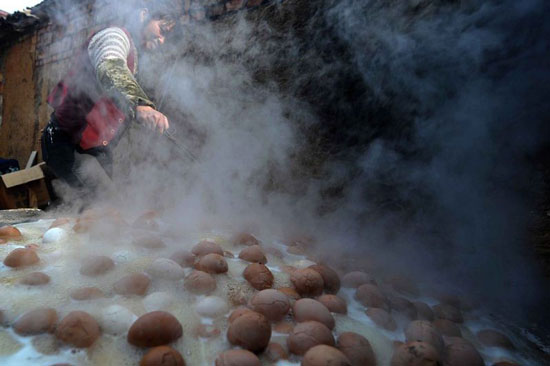 Apparently the bizarre delicacy has a pretty long history in Dongyang City. But it’s making national headlines recently as it was discovered by some folks that the street food has been listed as one of the city’s cultural heritage.

END_OF_DOCUMENT_TOKEN_TO_BE_REPLACED

The price of these shaped cucumbers is 5-6 times higher than normal stuff, but the market demand for the special products is still pretty high. I bet it must be really popular among the kids and young love birds.

Pardon me if it’s common elsewhere, but I’ve never seen cotton candy sold in a cup prior to this Korean trip; and you’re supposed to eat this with a fork? Hmmm… 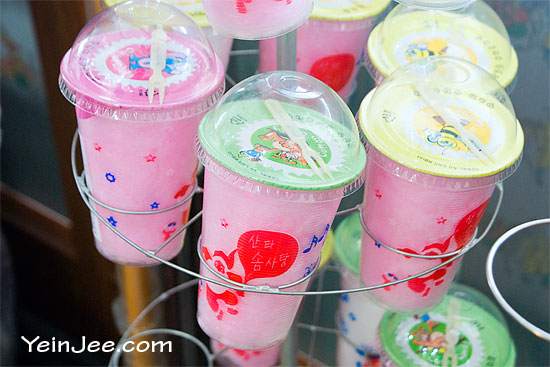 Sausage wrapped in batter and French fries instead of normal bun, and it’s poked on a bamboo stick for you to hold on. Genius, only in Korea… 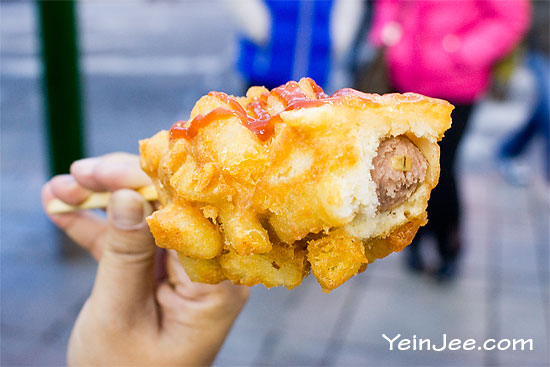 It’s a common street food in Seoul, most often seen at night markets; had mine at Dongdaemun area. You can’t go wrong with sausages and fries; it’s always good.

This will be the final year of my 30's. Time flies, and it seems to fade faster as one gets older. This post is a bit of recap of my adult life and some future … END_OF_DOCUMENT_TOKEN_TO_BE_REPLACED

Trailer for American film Top Gun: Maverick, a sequel to 1986's Top Gun. Beautiful is not the usual word to associate with action movies, but I cannot find a better … END_OF_DOCUMENT_TOKEN_TO_BE_REPLACED

Malaysia will be in lockdown from March 18 to March 31, 2020, to deal with the Covid-19 situation. Officially it's a Movement Control Order (MCO) but it's … END_OF_DOCUMENT_TOKEN_TO_BE_REPLACED

Korean pop idol Sulli, former member of girl group f(x), was found dead at her home on Monday. Authorities are investigating the cause of death, and it's presumed … END_OF_DOCUMENT_TOKEN_TO_BE_REPLACED

Singapore has imposed the circuit breaker measures to curb the spread of Covid-19 since early April. They announced an extension (until June 1) and some new rules a … END_OF_DOCUMENT_TOKEN_TO_BE_REPLACED

A cute photo series amidst the Covid-19 lockdown in Malaysia. Armed forces are present to assist the police to enforce the Movement Control Order (MCO) across the … END_OF_DOCUMENT_TOKEN_TO_BE_REPLACED