Hippocamp, or Hippocampus, is a mythological creature shared by Phoenician and Greek mythology which supposedly looks like a seahorse. 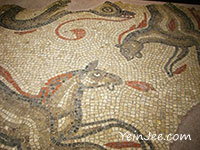 In Greek mythology, Hippocamps were the mounts for Poseidon, the god of sea; whereas Neptune (Roman version of Poseidon) was often described to be riding on sea-chariot pulled by hippocamps.

Hippocamps were often used in traditional artworks and sculptures in Roman’s fountains and public baths; some of these arts can still be seen places like England’s Roman Baths (pic) and Italy’s Trevi Fountain.

The mythological creature still has its influence in modern days. Hippocamps are featured quite often in fantasy story books – including the famous Harry Potter – and also in various fantasy games like Dungeons & Dragons etc.

With references from Wikipedia and Theoi. 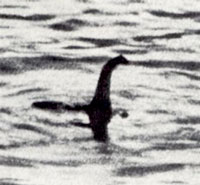 END_OF_DOCUMENT_TOKEN_TO_BE_REPLACED

This will be the final year of my 30's. Time flies, and it seems to fade faster as one gets older. This post is a bit of recap of my adult life and some future … END_OF_DOCUMENT_TOKEN_TO_BE_REPLACED

Been planning for a while to make Japan my next big trip destination. Seems like its not happening soon because of other commitments. And I want to avoid the … END_OF_DOCUMENT_TOKEN_TO_BE_REPLACED

Scanned picture of a 1998 cover of the Victoria's Secret swimwear catalogue. The models are Stephanie Seymour, Daniela Peštová and Tyra Banks - the first generation … END_OF_DOCUMENT_TOKEN_TO_BE_REPLACED

Trailer for American film Top Gun: Maverick, a sequel to 1986's Top Gun. Beautiful is not the usual word to associate with action movies, but I cannot find a better … END_OF_DOCUMENT_TOKEN_TO_BE_REPLACED

Singapore has imposed the circuit breaker measures to curb the spread of Covid-19 since early April. They announced an extension (until June 1) and some new rules a … END_OF_DOCUMENT_TOKEN_TO_BE_REPLACED

A cute photo series amidst the Covid-19 lockdown in Malaysia. Armed forces are present to assist the police to enforce the Movement Control Order (MCO) across the … END_OF_DOCUMENT_TOKEN_TO_BE_REPLACED

Malaysia will be in lockdown from March 18 to March 31, 2020, to deal with the Covid-19 situation. Officially it's a Movement Control Order (MCO) but it's … END_OF_DOCUMENT_TOKEN_TO_BE_REPLACED

Korean pop idol Sulli, former member of girl group f(x), was found dead at her home on Monday. Authorities are investigating the cause of death, and it's presumed … END_OF_DOCUMENT_TOKEN_TO_BE_REPLACED