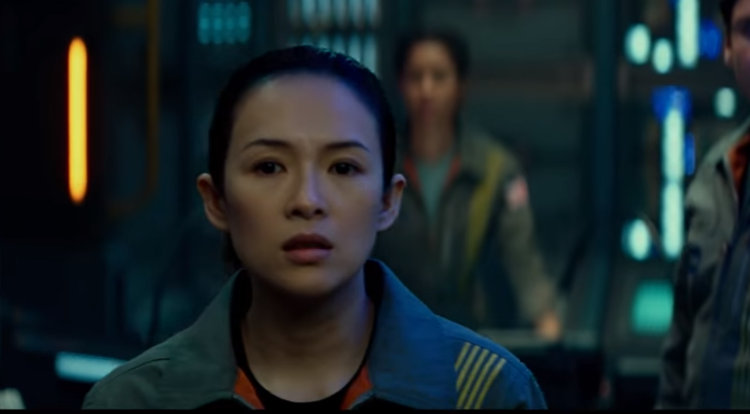 END_OF_DOCUMENT_TOKEN_TO_BE_REPLACED

Official trailer for Hollywood movie Independence Day: Resurgence (ID:R). The scifi action disaster film is a sequel to Independence Day, which was the highest-grossing film worldwide in 1996.

END_OF_DOCUMENT_TOKEN_TO_BE_REPLACED

The San Andreas Fault [wiki] is a continental transform fault that extends roughly 1,200 kilometres through California. It’s a real thing, and scientists have long predicted that a huge (8.0+ magnitude) earthquake will occur in the next few decades somewhere along the fault.

The movie sets on a major earthquake caused by the San Andreas Fault that devastates Los Angeles and San Francisco. And the story focuses on a rescue helicopter pilot who tries to save his estranged wife and beautiful daughter during the crisis.

I watched the movie many months later on TV. The plot is cheesy, and sometimes ridiculous, like in most other disaster films. The special effects are great though; some scenes are over the top, which again is a common thing in this genre; but it’s believable enough to see it as something probable in real life.

The tsunami scene reminded me so much of the Japanese disaster in 2011, it made me felt a bit guilty that I actually enjoyed the film. It’s easier said than done but I hope people are more ready for natural disasters these days. As the cliché goes, it’s not whether it will happen, it’s simply about when.

Black and white trailer for the first Godzilla movie in 1954. It’s the beginning of a Japanese pop culture icon which is celebrating its 60th anniversary this year.

END_OF_DOCUMENT_TOKEN_TO_BE_REPLACED

Official main teaser for Hollywood film Godzilla, the third American production (1956, 1998) based on the Japanese Godzilla franchise. In theatres May 2014.

It’s not obvious in the trailer but there’s another monster (or two) in the plot. The Godzilla is probably the good fella here like in some of the Japanese instalments. It’s just doing its own thing though, it’s like showing who’s the real boss instead of being a hero or trying to save the world.

END_OF_DOCUMENT_TOKEN_TO_BE_REPLACED

This will be the final year of my 30's. Time flies, and it seems to fade faster as one gets older. This post is a bit of recap of my adult life and some future … END_OF_DOCUMENT_TOKEN_TO_BE_REPLACED

Trailer for American film Top Gun: Maverick, a sequel to 1986's Top Gun. Beautiful is not the usual word to associate with action movies, but I cannot find a better … END_OF_DOCUMENT_TOKEN_TO_BE_REPLACED

Malaysia will be in lockdown from March 18 to March 31, 2020, to deal with the Covid-19 situation. Officially it's a Movement Control Order (MCO) but it's … END_OF_DOCUMENT_TOKEN_TO_BE_REPLACED

Korean pop idol Sulli, former member of girl group f(x), was found dead at her home on Monday. Authorities are investigating the cause of death, and it's presumed … END_OF_DOCUMENT_TOKEN_TO_BE_REPLACED

Singapore has imposed the circuit breaker measures to curb the spread of Covid-19 since early April. They announced an extension (until June 1) and some new rules a … END_OF_DOCUMENT_TOKEN_TO_BE_REPLACED

A cute photo series amidst the Covid-19 lockdown in Malaysia. Armed forces are present to assist the police to enforce the Movement Control Order (MCO) across the … END_OF_DOCUMENT_TOKEN_TO_BE_REPLACED