Korean pop star Uee from girl group After School posing for Chum Churum’s Cool soju. The 22-year-old singer-actress is a commercial darling in Korea, her posters and adverts could be seen here-there-everywhere in Seoul… 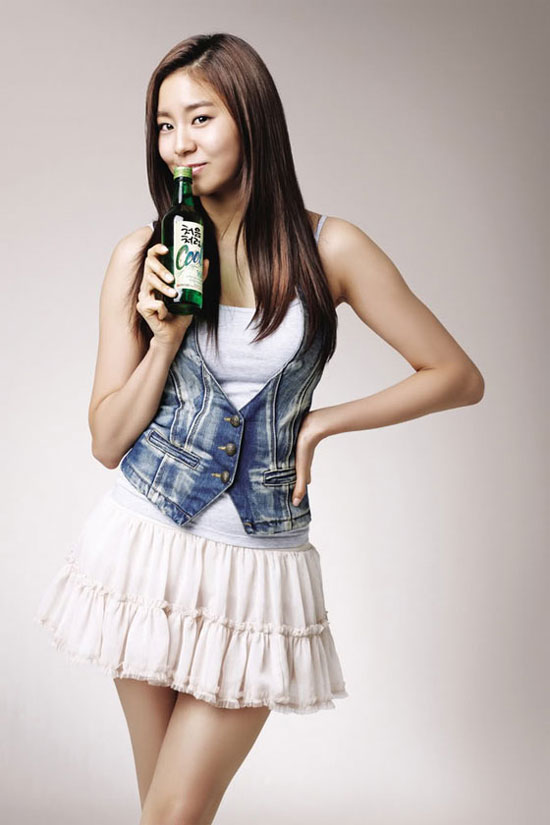 END_OF_DOCUMENT_TOKEN_TO_BE_REPLACED

Didn’t know this but he’s a successful stage actor before making his Hollywood breakthrough with X-Men in 2000. These moves are piece of cake.

Jackman will soon film a new Wolverine movie which is set in Japan, but I think he will shoot most of the scenes in studios and “fake” locations. For example they made this Lipton advertisement in Rio de Janeiro and not Tokyo despite the title.

Trivia: Brazil is home to the largest Japanese population outside Japan. There’s about 1.6 million people of Japanese descent in the country.

[Update 2013] Check out the official trailers for The Wolverine. As expected it’s mostly filmed outside of Japan. Many of the co-stars are Japanese though.

Wallpapers (1024×768) of Meisa Kuroki by Cola Shock, an alcoholic cola drink which is endorsed by the Japanese actress.

Korean singer Uee from pop group After School is picked as the new model for Chum Churum Cool, a Korean soju (rice wine)…

The commercial is a hot issue in Korea. Personally I think the dance is awkward; wearing hot pants and flashing her pretty legs (or honey thighs as dubbed the Koreans) doesn’t make the whole thing sexy if that’s what they were intending at the first place.

This will be the final year of my 30's. Time flies, and it seems to fade faster as one gets older. This post is a bit of recap of my adult life and some future … END_OF_DOCUMENT_TOKEN_TO_BE_REPLACED

Trailer for American film Top Gun: Maverick, a sequel to 1986's Top Gun. Beautiful is not the usual word to associate with action movies, but I cannot find a better … END_OF_DOCUMENT_TOKEN_TO_BE_REPLACED

Malaysia will be in lockdown from March 18 to March 31, 2020, to deal with the Covid-19 situation. Officially it's a Movement Control Order (MCO) but it's … END_OF_DOCUMENT_TOKEN_TO_BE_REPLACED

Korean pop idol Sulli, former member of girl group f(x), was found dead at her home on Monday. Authorities are investigating the cause of death, and it's presumed … END_OF_DOCUMENT_TOKEN_TO_BE_REPLACED

Singapore has imposed the circuit breaker measures to curb the spread of Covid-19 since early April. They announced an extension (until June 1) and some new rules a … END_OF_DOCUMENT_TOKEN_TO_BE_REPLACED

A cute photo series amidst the Covid-19 lockdown in Malaysia. Armed forces are present to assist the police to enforce the Movement Control Order (MCO) across the … END_OF_DOCUMENT_TOKEN_TO_BE_REPLACED