Chinese supermodel Liu Wen is featured in New York Time’s T Magazine in March 2012, with a photoshoot in her hometown Yongzhou in Hunan Province… 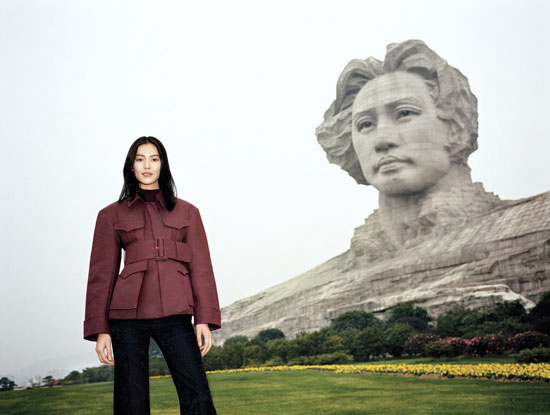 END_OF_DOCUMENT_TOKEN_TO_BE_REPLACED

A 17-year-old Chinese student is having serious health problem after selling one of his kidneys to buy an iPad 2 and a laptop in late April.

The teenager sold his kidney for RMB22000 (~US$3400) at a hospital in Hunan after finding the deal from an online advertisement. His mother became suspicious after he brought home the gadgets, and reported to the police after knowing the truth.

Organ trading is illegal in China (and most countries), but not monitored strictly in some cases. The alleged hospital said that merely rented out the room and had no idea about the incident, while the online contacts were unreachable after the surgery. And I guess the authority won’t have much interest to deal this any further.

It’s beyond my imagination that someone would sell their body parts of something that’s not a necessity. It’s just f**ked up.

The New Ark Hotel in Changsha, Hunan Province, was completed in June 2010 and is able to withstand a magnitude nine earthquake despite its rapid rise.

3,009 people in China’s Changsha City worked together to break the Guinness World Record for having the most people skipping rope simultaneously. The previous record was set by 2,474 Hong Kong folks in January 2005. 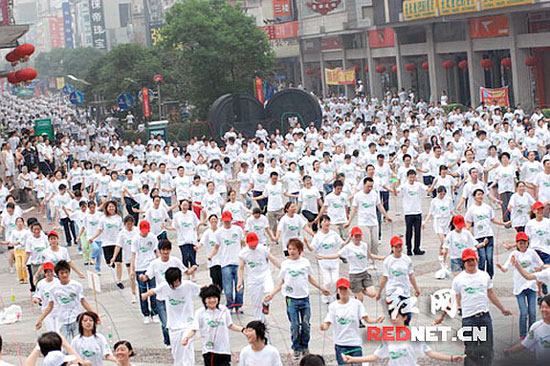 Nothing beats China when it comes to human power. It’s probably just a matter of time before the Chinese took over all records that involve “the most people doing something simultaneously.” Image via Rednet.cn.

This will be the final year of my 30's. Time flies, and it seems to fade faster as one gets older. This post is a bit of recap of my adult life and some future … END_OF_DOCUMENT_TOKEN_TO_BE_REPLACED

Trailer for American film Top Gun: Maverick, a sequel to 1986's Top Gun. Beautiful is not the usual word to associate with action movies, but I cannot find a better … END_OF_DOCUMENT_TOKEN_TO_BE_REPLACED

Malaysia will be in lockdown from March 18 to March 31, 2020, to deal with the Covid-19 situation. Officially it's a Movement Control Order (MCO) but it's … END_OF_DOCUMENT_TOKEN_TO_BE_REPLACED

Korean pop idol Sulli, former member of girl group f(x), was found dead at her home on Monday. Authorities are investigating the cause of death, and it's presumed … END_OF_DOCUMENT_TOKEN_TO_BE_REPLACED

Singapore has imposed the circuit breaker measures to curb the spread of Covid-19 since early April. They announced an extension (until June 1) and some new rules a … END_OF_DOCUMENT_TOKEN_TO_BE_REPLACED

A cute photo series amidst the Covid-19 lockdown in Malaysia. Armed forces are present to assist the police to enforce the Movement Control Order (MCO) across the … END_OF_DOCUMENT_TOKEN_TO_BE_REPLACED