A cute gif of anime character Renge Miyauchi, aka Renchon, chewing on some udon noodles. She’s a character in Japanese anime and manga series Non Non Biyori. It’s a light-hearted comedy about (school) life in the countryside. Image via Misaolikes.

Trailer and promo images for Japanese heist film Lupin III. It’s based on the manga series of the same name by Monkey Punch, first published in 1967. The manga has spawned into a media franchise which includes anime series, live-action shows and video games. It’s still popular these days.

This is the second live-action movie adaptation of the manga. Directed by Ryuhei Kitamura and stars Shun Oguri, Jerry Yan, Tetsuji Tamayama, Gō Ayano, Meisa Kuroki and Tadanobu Asano. The story follows the title character who lead a band of gentleman thieves. In cinemas in Japan on August 30.

That’s a lot of English for a Japanese trailer, got me confused for a moment. Bet the Japanese people will be just as baffled, if not worse, if the whole movie is like that. Can’t tell much about the overall quality of the film, but I think the main cast manage to capture the essence of the characters.

END_OF_DOCUMENT_TOKEN_TO_BE_REPLACED 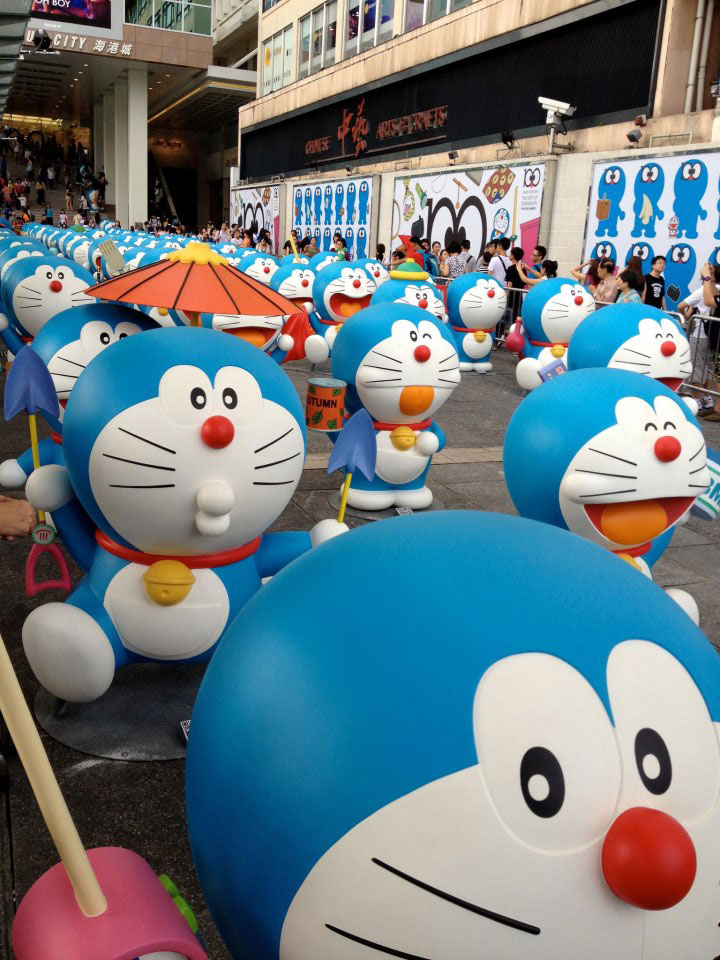 Popular Japanese comic/cartoon character Doraemon is celebrating his “early birthday” on September 3, exactly one hundred years before he was born.

The character was created (as manga) in 1969 and has turned into a huge franchise (anime, movies, video games etc.) and culture icon in Japan and East Asia.

The series tell the story of a robotic cat (Doraemon) who was sent back in time by a young kid from the future to aid an incompetent schoolboy named Nobita, his great grandfather, in order to change the family’s continuous misfortune.

What makes Doraemon really popular among readers/viewers is his ability to pull out various futuristic gadgets from his magic pocket. Some of the ideas might seem extraordinary these days, but obviously amusing to people in those ages (yours truly included).

Photo from an exhibition in Hong Kong’s Harbour City shopping mall for the special occasion, via Doraemon’s official Facebook [Jp].

English subbed Japanese trailer for Rurouni Kenshin, a live action adaptation from the popular namesake anime/manga. The film is scheduled for August release.

The story revolves around Himura Kenshin – once a fearsome assassin in wartime era who turned into a wanderer who helped to maintain peace and help the needed once the war was over. I’m not a fan of live adapations from a manga/anime, but this looks ok.

Photos by Benny [Jp], an American tattooist who’s based in Osaka, via Dannychoo… 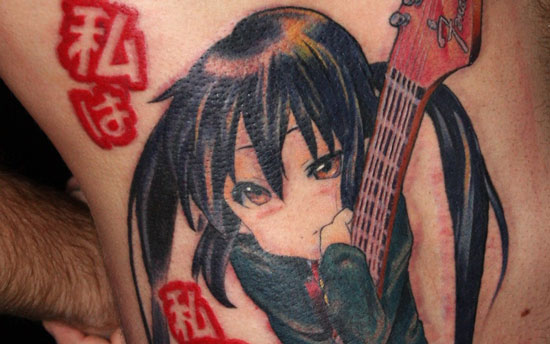 END_OF_DOCUMENT_TOKEN_TO_BE_REPLACED

The background music goes well with the video; it’s the instrumental version of Kpop singer Park Jung-min’s Not Alone which was released earlier this year.

This will be the final year of my 30's. Time flies, and it seems to fade faster as one gets older. This post is a bit of recap of my adult life and some future … END_OF_DOCUMENT_TOKEN_TO_BE_REPLACED

Trailer for American film Top Gun: Maverick, a sequel to 1986's Top Gun. Beautiful is not the usual word to associate with action movies, but I cannot find a better … END_OF_DOCUMENT_TOKEN_TO_BE_REPLACED

Malaysia will be in lockdown from March 18 to March 31, 2020, to deal with the Covid-19 situation. Officially it's a Movement Control Order (MCO) but it's … END_OF_DOCUMENT_TOKEN_TO_BE_REPLACED

Korean pop idol Sulli, former member of girl group f(x), was found dead at her home on Monday. Authorities are investigating the cause of death, and it's presumed … END_OF_DOCUMENT_TOKEN_TO_BE_REPLACED

Singapore has imposed the circuit breaker measures to curb the spread of Covid-19 since early April. They announced an extension (until June 1) and some new rules a … END_OF_DOCUMENT_TOKEN_TO_BE_REPLACED

A cute photo series amidst the Covid-19 lockdown in Malaysia. Armed forces are present to assist the police to enforce the Movement Control Order (MCO) across the … END_OF_DOCUMENT_TOKEN_TO_BE_REPLACED