Adapted from a manga by Kakifly, K-On! made its small screen debut in 2009. Besides a TV sequel in 2010, the franchise also includes a movie in 2011, and a number of OVA and music albums over the years.

The title 天使にふれたよ literally means I touched an angel. If not mistaken it’s from the last episode of the second season, it’s a pretty touchy song.

English subbed teaser for Japanese animated film K-On! Movie. It’s an adaptation of a popular anime and manga series which tell the story of the members of a light music club in a female high school.

The first season of the TV series aired in 2009, while the second season in 2010. This movie – which will show in Japan this December – follows the girls’ trip to London to celebrate their graduation.

Besides its entertaining value, K-On inspired many young people to pick up an instrument. It also encouraged music lovers to share their works; and you can find lots of videos on YouTube (for example) covering the theme songs from the franchise. 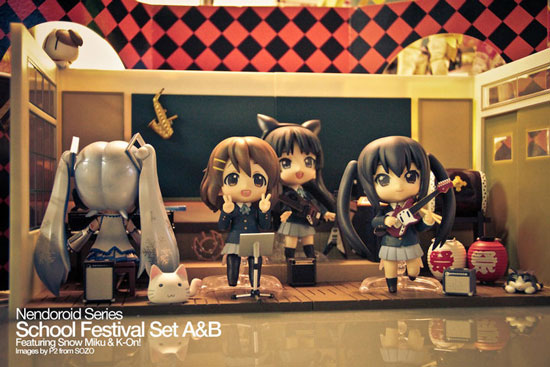 END_OF_DOCUMENT_TOKEN_TO_BE_REPLACED

K-On! is a popular Japanese anime series by Kyoto Animation. Based on a manga by Kakifly, it tells the story of a light music club in an all girls high school. The anime aired in Japan between April and June 2009.

The plot starts with four girls of different backgrounds joining the keiongaku club in Sakuragaoka High School to save it from disbandment. The rest is about bonding, making songs and having fun etc.

The TV series only has 13 episodes. Kyoto Animation probably didn’t expect the show to be that popular; they usually produce anime series with over 20 episodes instead.

To make up for it, a second season is already in progress and will air later this year.

This will be the final year of my 30's. Time flies, and it seems to fade faster as one gets older. This post is a bit of recap of my adult life and some future … END_OF_DOCUMENT_TOKEN_TO_BE_REPLACED

Trailer for American film Top Gun: Maverick, a sequel to 1986's Top Gun. Beautiful is not the usual word to associate with action movies, but I cannot find a better … END_OF_DOCUMENT_TOKEN_TO_BE_REPLACED

Malaysia will be in lockdown from March 18 to March 31, 2020, to deal with the Covid-19 situation. Officially it's a Movement Control Order (MCO) but it's … END_OF_DOCUMENT_TOKEN_TO_BE_REPLACED

Korean pop idol Sulli, former member of girl group f(x), was found dead at her home on Monday. Authorities are investigating the cause of death, and it's presumed … END_OF_DOCUMENT_TOKEN_TO_BE_REPLACED

Singapore has imposed the circuit breaker measures to curb the spread of Covid-19 since early April. They announced an extension (until June 1) and some new rules a … END_OF_DOCUMENT_TOKEN_TO_BE_REPLACED

A cute photo series amidst the Covid-19 lockdown in Malaysia. Armed forces are present to assist the police to enforce the Movement Control Order (MCO) across the … END_OF_DOCUMENT_TOKEN_TO_BE_REPLACED