Former Korean pop group KARA member Kim Sung-hee has tied the knot with her husband, a musical actor nine years her senior, on May 7. 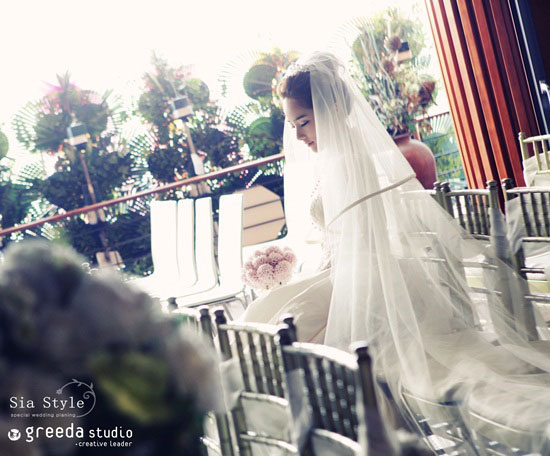 The 22-year old left KARA in 2007 after releasing their debut single to pursue her studies. There’s speculation that she might be returning to showbiz in the past year or two as she’s signed with a new agency and doing some modelling work etc… but I guess she’s not coming back in full fling following the marriage. Congrats anyway. 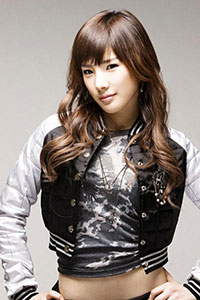 Korean pop group Kara is bidding farewell with member Kim Sung-hee as she is leaving the showbiz to focus on her studies. It’s a pity cause she’s probably the best vocalist in the group.

Stories are that Sung-hee has promised her father that she would not neglect her studies while working with Kara, which unfortunately wasn’t the case due to their hectic schedule.

And the situation isn’t helped by the fact that Kara is not doing particularly well comparing to other pop groups that made their debut in 2007 – i.e. Girls’ Generation and the Wonder Girls.

The group’s agency, DSP Media, is going to hold a public audition to look for replacements. It’s mentioned that Sung-hee could make a comeback in future but it seems unlikely that she would be part of the group anymore.

Korean MV for Break It from girl group KARA’s debut album, First Blooming, which was released in March. The group is dubbed as the second Fin.K.L. – a popular but now disbanded girl group – with a strong and powerful image…

This will be the final year of my 30's. Time flies, and it seems to fade faster as one gets older. This post is a bit of recap of my adult life and some future … END_OF_DOCUMENT_TOKEN_TO_BE_REPLACED

Trailer for American film Top Gun: Maverick, a sequel to 1986's Top Gun. Beautiful is not the usual word to associate with action movies, but I cannot find a better … END_OF_DOCUMENT_TOKEN_TO_BE_REPLACED

Malaysia will be in lockdown from March 18 to March 31, 2020, to deal with the Covid-19 situation. Officially it's a Movement Control Order (MCO) but it's … END_OF_DOCUMENT_TOKEN_TO_BE_REPLACED

Korean pop idol Sulli, former member of girl group f(x), was found dead at her home on Monday. Authorities are investigating the cause of death, and it's presumed … END_OF_DOCUMENT_TOKEN_TO_BE_REPLACED

Singapore has imposed the circuit breaker measures to curb the spread of Covid-19 since early April. They announced an extension (until June 1) and some new rules a … END_OF_DOCUMENT_TOKEN_TO_BE_REPLACED

A cute photo series amidst the Covid-19 lockdown in Malaysia. Armed forces are present to assist the police to enforce the Movement Control Order (MCO) across the … END_OF_DOCUMENT_TOKEN_TO_BE_REPLACED