Krystal of Korean girl group f(x) in Oh!Boy Magazine [Kr] with a photoshoot in London, in collaboration with American fashion brand Rebecca Minkoff. The girl has a cool vibe and the trait kinda shone in these pictures. Photography by Kim Hyeon-seong, styling by Song Bo-young, hair & makeup by Kang Su-hyun. 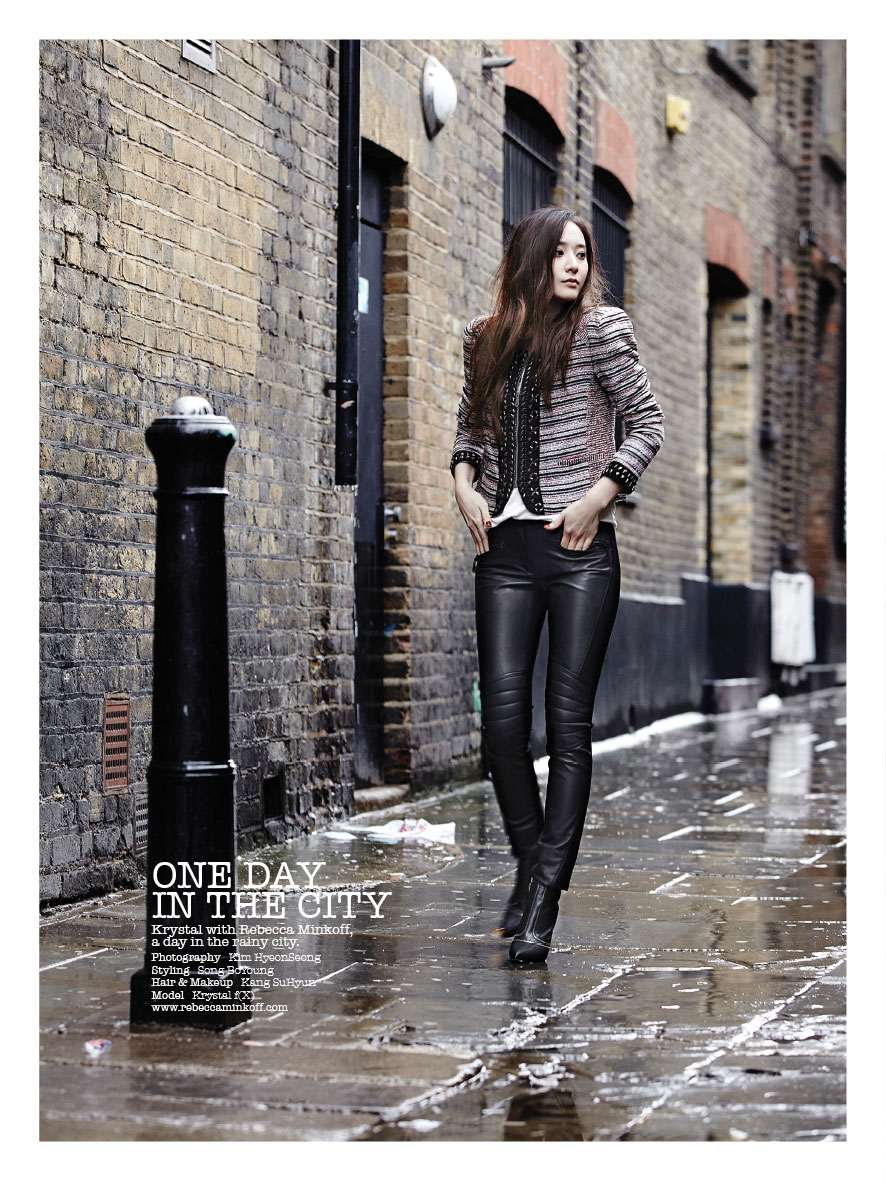 END_OF_DOCUMENT_TOKEN_TO_BE_REPLACED

Video from the Korea Brand & Entertainment Expo (KBEE) in London last November. The event is the world’s first and largest annual expo on Korean pop culture, it’s held in different city each year (Sao Paolo for 2014). It showcases Korean design, media, fashion and technology etc. besides the K-pop music stuff.

A video for 100 days countdown to the London Olympic Games (opening on July 27) – with welcome messages from London’s communities of different ages, cultures and ethnicities in variety of languages. Simple and beautiful…

Cool video which showcases 100 years of East London style in 100 seconds. The video was made by Westfield Stratford City, a shopping mall which will open on September 13, 2011. It’s one of the largest urban shopping centres in Europe.

Iran has threatened to boycott the London Olympics unless the organisers replace the official logo, which Tehran claims spells out Zion – a word often used as a synonym for Jerusalem and the Biblical land of Israel.

The logo, a jagged representation of the year 2012 (when the London Olympics will be held), has been criticised to resemble many things, from swastika to sexual act, but the Iranian government argues it represents a veiled pro-Israeli conspiracy.

I wonder what took the Iranian that long to file a complain, as the Zion rumour had surfaced not long after the logo was unveiled in 2007. The resemblance becomes more apparent when the logo is spread out…

Not that I agree with Iran or anything, it looks more like a coincident instead of conspiracy. I can understand though, that some Arabic nations could be a bit sensitive with this considering their strained relationship with Israel.

This will be the final year of my 30's. Time flies, and it seems to fade faster as one gets older. This post is a bit of recap of my adult life and some future … END_OF_DOCUMENT_TOKEN_TO_BE_REPLACED

Trailer for American film Top Gun: Maverick, a sequel to 1986's Top Gun. Beautiful is not the usual word to associate with action movies, but I cannot find a better … END_OF_DOCUMENT_TOKEN_TO_BE_REPLACED

Malaysia will be in lockdown from March 18 to March 31, 2020, to deal with the Covid-19 situation. Officially it's a Movement Control Order (MCO) but it's … END_OF_DOCUMENT_TOKEN_TO_BE_REPLACED

Korean pop idol Sulli, former member of girl group f(x), was found dead at her home on Monday. Authorities are investigating the cause of death, and it's presumed … END_OF_DOCUMENT_TOKEN_TO_BE_REPLACED

Singapore has imposed the circuit breaker measures to curb the spread of Covid-19 since early April. They announced an extension (until June 1) and some new rules a … END_OF_DOCUMENT_TOKEN_TO_BE_REPLACED

A cute photo series amidst the Covid-19 lockdown in Malaysia. Armed forces are present to assist the police to enforce the Movement Control Order (MCO) across the … END_OF_DOCUMENT_TOKEN_TO_BE_REPLACED