Japanese actress Maki Horikita - who's starring as a nurse in drama series Masshiro (which isn't doing that well) - is the cover girl for March 2015 issue of Anan Magazine [Jp]. She also featured in a pullout in collaboration with Reebok. … END_OF_DOCUMENT_TOKEN_TO_BE_REPLACED

Teaser for upcoming Japanese film Mugiko-san to (My Sweet Little Pea). Directed by Keisuke Yoshida and stars Maki Horikita, Ryuhei Matsuda and Kimiko Yo. Plot Mugiko (her name means little pea), who lives with her brother and works at a manga store, … END_OF_DOCUMENT_TOKEN_TO_BE_REPLACED 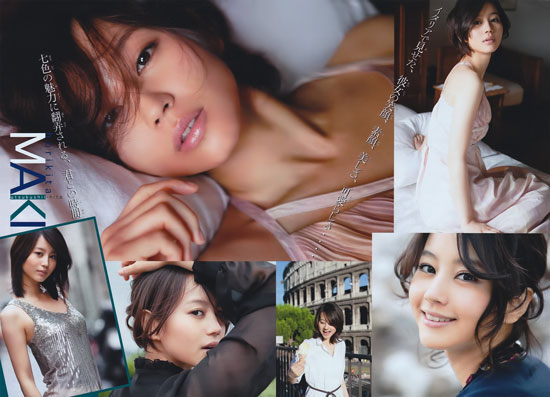 Japan's Fuji TV is filming drama series Hana Kimi, a romantic flick based on popular Japanese manga Hanazakari no Kimitachi e by Hisaya Nakajo. Hana Kimi is about a girl who fell in love and decided to transfer into the same school to meet her dream … END_OF_DOCUMENT_TOKEN_TO_BE_REPLACED