Love plot between a police officer and a beautiful thief, not something new unless the filmmaker can put some twist in between. The couple looks cute though.

Korean actor Joo Won in November 2012 issue of Cosmopolitan Magazine [Kr]. The guy is on a streak since making his TV debut with Bread, Love & Dreams in 2010, starring in one hit drama after another since then. 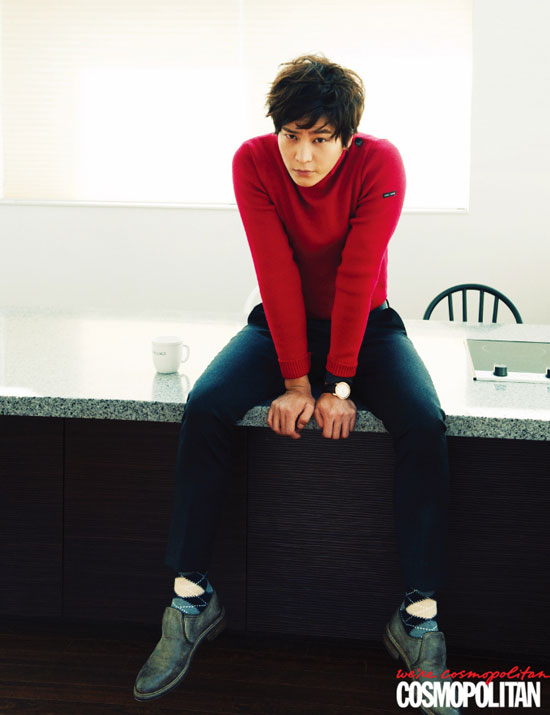 END_OF_DOCUMENT_TOKEN_TO_BE_REPLACED

Starring Joo Won and Jin Se-yeon, the drama tells the story of a (fictional) masked hero who fought the Japanese occupation in 1930’s. The MV is mainly about the love-struggle in early episodes of the show. Nice song, decent drama so far.

Teaser for Korean drama Bread, Love and Dreams which is red hot at the moment. The TV series – starring Yoon Si-yoon, Eugene, Joo Won and Lee Young-ah etc. – peaks at 44.4% rating in recent weeks, the best for a K-drama in 2010.

The drama, also known as Baker King Kim Tak-gu, tells the story of an out-of-wedlock son of a rich Korean food mogul. After years of hardship he found passion to succeed his father as a top baker and also met a woman he loves, but he has to overcome the competition of his stepbrother in both situation.

I have watched the first few episodes, which was boring to be frank. Perhaps it gets better at later stages when the main plot kicks in.

This will be the final year of my 30's. Time flies, and it seems to fade faster as one gets older. This post is a bit of recap of my adult life and some future … END_OF_DOCUMENT_TOKEN_TO_BE_REPLACED

Trailer for American film Top Gun: Maverick, a sequel to 1986's Top Gun. Beautiful is not the usual word to associate with action movies, but I cannot find a better … END_OF_DOCUMENT_TOKEN_TO_BE_REPLACED

Malaysia will be in lockdown from March 18 to March 31, 2020, to deal with the Covid-19 situation. Officially it's a Movement Control Order (MCO) but it's … END_OF_DOCUMENT_TOKEN_TO_BE_REPLACED

Korean pop idol Sulli, former member of girl group f(x), was found dead at her home on Monday. Authorities are investigating the cause of death, and it's presumed … END_OF_DOCUMENT_TOKEN_TO_BE_REPLACED

Singapore has imposed the circuit breaker measures to curb the spread of Covid-19 since early April. They announced an extension (until June 1) and some new rules a … END_OF_DOCUMENT_TOKEN_TO_BE_REPLACED

A cute photo series amidst the Covid-19 lockdown in Malaysia. Armed forces are present to assist the police to enforce the Movement Control Order (MCO) across the … END_OF_DOCUMENT_TOKEN_TO_BE_REPLACED