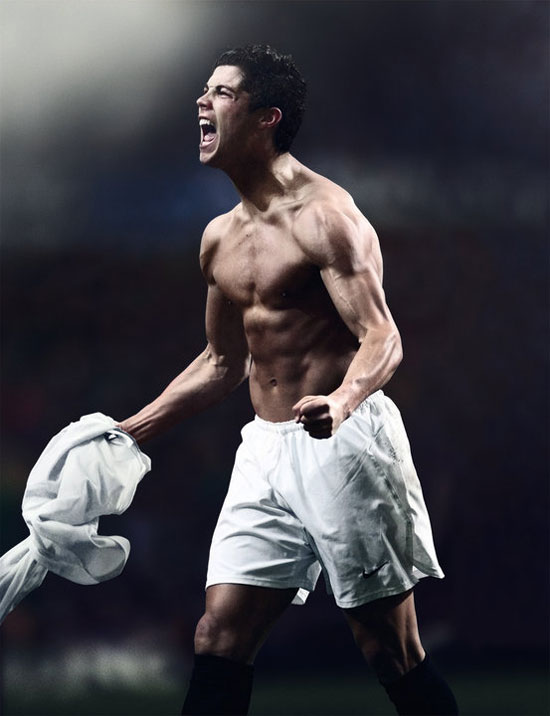 The football star has opened his official Facebook recently and is approaching 10 million fans for his page, showing how popular he is.

Sulky at times, but a great footballer nonetheless.

Portugal has officially launched the world’s first commercial wave power project on September 23. The Agucadoura Wave Park, developed by Scottish firm Pelamis, was supposed to launch in 2007 but was delayed by an underwater connection issue.

The first phase of the project cost about nine million Euros and generates power using three Pelamis Wave Energy Converters (PWEC) which are semi-submerged, articulated structures composed of cylindrical sections linked by hinged joints and are located approximately three miles off the coast. Video below shows how it works.

The second phase of the project will install a further 25 PWEC and bring the total capacity up to 21MW, which will be able to meet the average annual electricity demand for more than 15,000 Portuguese households while displacing more than 60,000 tonnes per year of carbon dioxide emissions from conventional power plants.

UK will be the next to embrace the wave power with the Orcadian Wave Farm in northern Scotland and the Westwave project in Cornwall, southwestern England.

Iceland is the world’s most peaceful country according to the Global Peace Index (GPI) rankings for the 140 countries analysed in 2008. 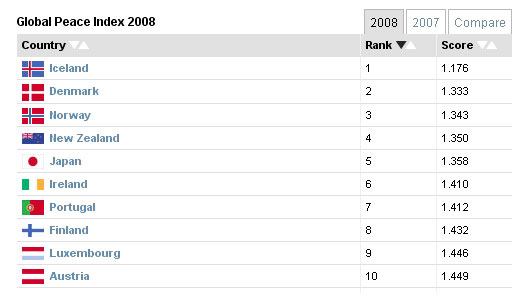 My country Malaysia is ranked at 38th… I guess we are doing ok. So, how peaceful is your country? Full list here.

This will be the final year of my 30's. Time flies, and it seems to fade faster as one gets older. This post is a bit of recap of my adult life and some future … END_OF_DOCUMENT_TOKEN_TO_BE_REPLACED

Been planning for a while to make Japan my next big trip destination. Seems like its not happening soon because of other commitments. And I want to avoid the … END_OF_DOCUMENT_TOKEN_TO_BE_REPLACED

Scanned picture of a 1998 cover of the Victoria's Secret swimwear catalogue. The models are Stephanie Seymour, Daniela Peštová and Tyra Banks - the first generation … END_OF_DOCUMENT_TOKEN_TO_BE_REPLACED

Trailer for American film Top Gun: Maverick, a sequel to 1986's Top Gun. Beautiful is not the usual word to associate with action movies, but I cannot find a better … END_OF_DOCUMENT_TOKEN_TO_BE_REPLACED

Singapore has imposed the circuit breaker measures to curb the spread of Covid-19 since early April. They announced an extension (until June 1) and some new rules a … END_OF_DOCUMENT_TOKEN_TO_BE_REPLACED

A cute photo series amidst the Covid-19 lockdown in Malaysia. Armed forces are present to assist the police to enforce the Movement Control Order (MCO) across the … END_OF_DOCUMENT_TOKEN_TO_BE_REPLACED

Malaysia will be in lockdown from March 18 to March 31, 2020, to deal with the Covid-19 situation. Officially it's a Movement Control Order (MCO) but it's … END_OF_DOCUMENT_TOKEN_TO_BE_REPLACED

Korean pop idol Sulli, former member of girl group f(x), was found dead at her home on Monday. Authorities are investigating the cause of death, and it's presumed … END_OF_DOCUMENT_TOKEN_TO_BE_REPLACED