Couldn’t find much about the singers, and the limited online resources seem to contradict each other. It’s a decent song anyway. Video via ZarinaMadu@YT.

Check out a previous MV which I’ve posted, I Don’t Believe, solo by Madu.

Some photos of Khan Shatyr Entertainment Center, the world’s tallest tent which opened in Kazakhstan last week – a huge indoor leisure park with shops, restaurants, cinemas, and even an artificial beach and a running track. 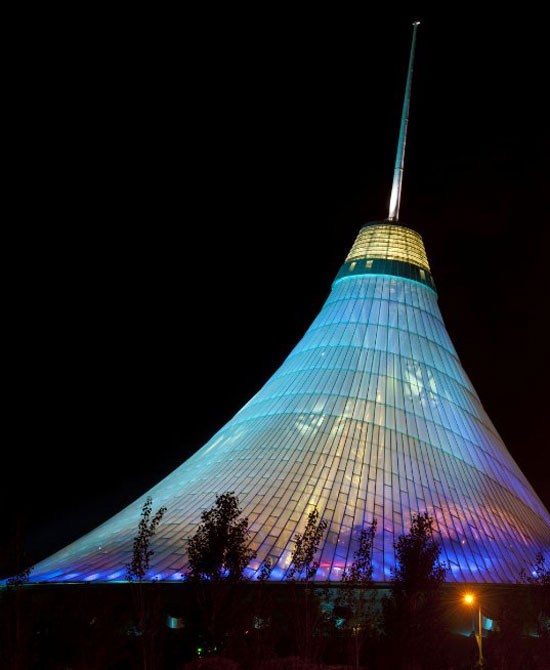 END_OF_DOCUMENT_TOKEN_TO_BE_REPLACED

The world’s tallest tent has opened to the public in the Central Asian nation of Kazakhstan. Designed by British architects Foster & Partners, the Khan Shatyr (lit. Royal Marquee) Entertainment Centre in the capital Astana is 150m high. 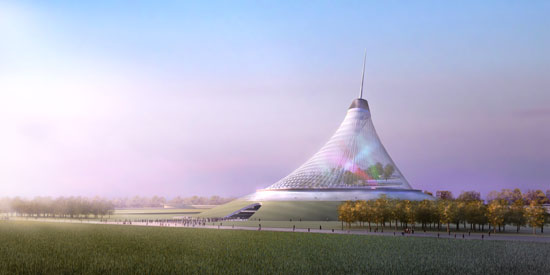 END_OF_DOCUMENT_TOKEN_TO_BE_REPLACED

I Don’t Believe (Не верю), a Kazakh music video by singer Madu. Couldn’t find any English resource about the star; bumped into the MV by chance and thought that it’s something different that’s worth sharing…

Trailer for acclaimed Kazakh film Tulpan, a gorgeous mix of tender comedy, ethnographic drama and wildlife extravaganza set on the steppes of Kazakhstan…

Directed by Sergey Dvortsevoy, the 2008 movie has won multiple international accolades including the Prix Un Certain Regard at Festival de Cannes, and Grand Prix at Tokyo Film Festival etc.

The movie tells the story of Asa, a former Russian navy who returns to his sister’s nomadic brood in the desolate steep to begin his life as a shepherd.

But before he can tend a flock of his own, Asa must prove his worth as a husband and herder to the landlord, which means he’ll have to win the hand of Tulpan, the only eligible bachelorette for miles.

With references from Zeitgeist Films.

Sahan Dosova, a woman from the Republic of Kazakhstan is claimed to be 130-years-old, which if true would make her the world’s oldest living person…

She doesn’t have enough documents (beside her passport) to support the claim though; thus the official Guinness World Records for the oldest person/woman alive is still Gertrude Baines from the US at 114 of age.

This will be the final year of my 30's. Time flies, and it seems to fade faster as one gets older. This post is a bit of recap of my adult life and some future … END_OF_DOCUMENT_TOKEN_TO_BE_REPLACED

Trailer for American film Top Gun: Maverick, a sequel to 1986's Top Gun. Beautiful is not the usual word to associate with action movies, but I cannot find a better … END_OF_DOCUMENT_TOKEN_TO_BE_REPLACED

Malaysia will be in lockdown from March 18 to March 31, 2020, to deal with the Covid-19 situation. Officially it's a Movement Control Order (MCO) but it's … END_OF_DOCUMENT_TOKEN_TO_BE_REPLACED

Korean pop idol Sulli, former member of girl group f(x), was found dead at her home on Monday. Authorities are investigating the cause of death, and it's presumed … END_OF_DOCUMENT_TOKEN_TO_BE_REPLACED

Singapore has imposed the circuit breaker measures to curb the spread of Covid-19 since early April. They announced an extension (until June 1) and some new rules a … END_OF_DOCUMENT_TOKEN_TO_BE_REPLACED

A cute photo series amidst the Covid-19 lockdown in Malaysia. Armed forces are present to assist the police to enforce the Movement Control Order (MCO) across the … END_OF_DOCUMENT_TOKEN_TO_BE_REPLACED