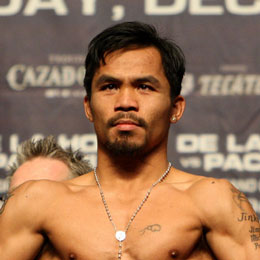 The 32-year-old is a national hero in the Philippines; his odds-defying success story – from a slum kid to a world champion – is particularly inspiring. Pacquio was elected to Congress in 2010; he vowed to end poverty in his country, an effort which he described as the biggest fight of his life.

After being accused of sexism for their previous female flight attendants dancing gimmick, Philippines’ Cebu Pacific Air is continuing their publicity stunt, this time with male cabin crew dancing while showing the pre-flight safety demo instead…

Philippines’ Cebu Pacific Air are testing something new with their pre-flight safety instructions, with the female flight attendants dancing to some hit songs while showing the demo instead of the usual serious stuff…

[Update] Check out the male version of dancing flight attendants.

Eight Hong Kong tourists were killed in a bus hijack in Manila, Philippines, on Monday. My condolences to their families, and may the victims RIP.

The police force is under heavy criticism for their mismanagement during the incident; and the Filipino president is a PR disaster with his wickedly smiley face during a post-mortem press conference defending the cops while blaming the media for the live broadcast instead (which is partially a valid point).

The timeline of the incident becomes more apparent this afternoon following survivors’ account and new reports. I’m no SWAT or specialist, but there are a few obvious mistakes that could have turned the event around…

1. The sniper had multiple chance to take down the gunman. I know there are protocols that shots would not be fired when negotiation was undergoing nicely, technically it’s probably not a wrong call, but it appears a huge mistake now.

END_OF_DOCUMENT_TOKEN_TO_BE_REPLACED 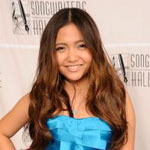 END_OF_DOCUMENT_TOKEN_TO_BE_REPLACED

Filipina singer Charice’s first English album, Charice, has made it to the US Billboard Top 200 Albums & Music Album Charts. Charice debuted at #8 while the main track Pyramid is currently #56 on the Top 100 Song Chart.

Congrats to the young lady. Here it is, official MV of Pyramid, featuring Iyaz…

This will be the final year of my 30's. Time flies, and it seems to fade faster as one gets older. This post is a bit of recap of my adult life and some future … END_OF_DOCUMENT_TOKEN_TO_BE_REPLACED

Trailer for American film Top Gun: Maverick, a sequel to 1986's Top Gun. Beautiful is not the usual word to associate with action movies, but I cannot find a better … END_OF_DOCUMENT_TOKEN_TO_BE_REPLACED

Malaysia will be in lockdown from March 18 to March 31, 2020, to deal with the Covid-19 situation. Officially it's a Movement Control Order (MCO) but it's … END_OF_DOCUMENT_TOKEN_TO_BE_REPLACED

Korean pop idol Sulli, former member of girl group f(x), was found dead at her home on Monday. Authorities are investigating the cause of death, and it's presumed … END_OF_DOCUMENT_TOKEN_TO_BE_REPLACED

Singapore has imposed the circuit breaker measures to curb the spread of Covid-19 since early April. They announced an extension (until June 1) and some new rules a … END_OF_DOCUMENT_TOKEN_TO_BE_REPLACED

A cute photo series amidst the Covid-19 lockdown in Malaysia. Armed forces are present to assist the police to enforce the Movement Control Order (MCO) across the … END_OF_DOCUMENT_TOKEN_TO_BE_REPLACED