Music video for Princess of China by British rock band Coldplay, featuring Barbadian singer Rihanna. The band released the song on radio in February but the MV only came out in June. Decent music and great video to go with it…

While generally praised, the MV drew some criticism that it’s not really Chinese. Thing is, although some of the elements are famously associated with other cultures (Thai and Japanese), there could be found in China too.

And let’s not forget that many East Asian traditions originated from ancient China.

Besides, it’s obvious that the Asian elements are taking reference from pop culture products. Many of the scenes reminded me of Chinese director Zhang Yimou. And the fight scenes probably came from Ang Lee’s Crouching Tiger, Hidden Dragon.

Take the “China” part with a pinch of salt and this is a nice piece of entertainment.

Barbadian R&B star Rihanna has promised to cover up for her Kuala Lumpur concert on February 13th to adhere to the Malaysian on-stage dress code, of which a female performer must be covered from shoulders to knees.

Taking lesson from last year’s Avril Lavigne’s concert which was almost cancelled because her show was deemed too sexy, the organiser of Rihanna’s concert is fast to act on the issue before any conservative protest could heat up.

Rihanna’s KL concert, which is part of the Good Girl Gone Bad world tour, will be held at Putra Stadium, Bukit Jalil, on Feb 13. Refer to the above poster for ticketing details.

[Update] The concert is postponed indefinitely following reports that she was assaulted by her boyfriend Chris Brown. 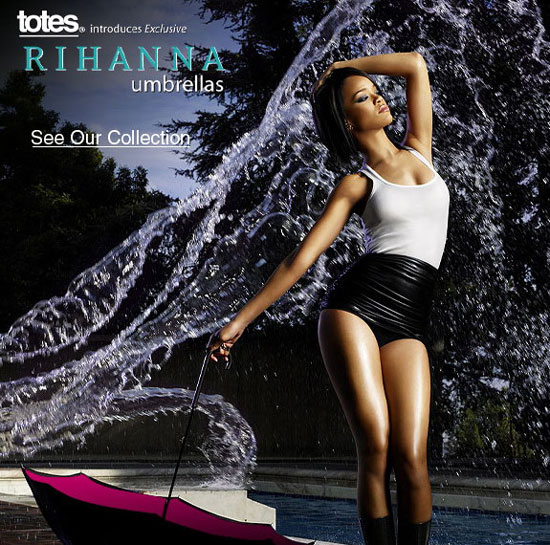 The 19-year-old Barbados born star is teaming up with Totes, the world’s largest marketer of umbrellas and weather-related accessories. Five umbrella designs have been launched under Rihanna’s name with price ranging at $16-50.

This will be the final year of my 30's. Time flies, and it seems to fade faster as one gets older. This post is a bit of recap of my adult life and some future … END_OF_DOCUMENT_TOKEN_TO_BE_REPLACED

Been planning for a while to make Japan my next big trip destination. Seems like its not happening soon because of other commitments. And I want to avoid the … END_OF_DOCUMENT_TOKEN_TO_BE_REPLACED

Scanned picture of a 1998 cover of the Victoria's Secret swimwear catalogue. The models are Stephanie Seymour, Daniela Peštová and Tyra Banks - the first generation … END_OF_DOCUMENT_TOKEN_TO_BE_REPLACED

Trailer for American film Top Gun: Maverick, a sequel to 1986's Top Gun. Beautiful is not the usual word to associate with action movies, but I cannot find a better … END_OF_DOCUMENT_TOKEN_TO_BE_REPLACED

Singapore has imposed the circuit breaker measures to curb the spread of Covid-19 since early April. They announced an extension (until June 1) and some new rules a … END_OF_DOCUMENT_TOKEN_TO_BE_REPLACED

A cute photo series amidst the Covid-19 lockdown in Malaysia. Armed forces are present to assist the police to enforce the Movement Control Order (MCO) across the … END_OF_DOCUMENT_TOKEN_TO_BE_REPLACED

Malaysia will be in lockdown from March 18 to March 31, 2020, to deal with the Covid-19 situation. Officially it's a Movement Control Order (MCO) but it's … END_OF_DOCUMENT_TOKEN_TO_BE_REPLACED

Korean pop idol Sulli, former member of girl group f(x), was found dead at her home on Monday. Authorities are investigating the cause of death, and it's presumed … END_OF_DOCUMENT_TOKEN_TO_BE_REPLACED