Jay held a press conference in Beijing on Monday to announce the filming. He said that he wants to create Chinese superheroes which could rival Spiderman and Batman in the west.

Pandamen is a story about two heroes protecting their city (what else?). It’s not mentioned what kind of superpower the duo has, but seems like it’s going to be a comedic drama instead of serious attempt to emulate the western icons as claimed.

The series star Devon Song and Zhan Yuhao of Taiwanese pop group Nan Quan Mama. Jay Chou is not taking leading role, but is expected to make some cameo appearances. 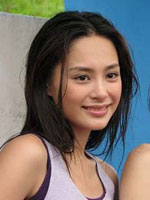 Gillian is struggling to make her comeback after the infamous Edison Chen scandal… her Hollywood venture didn’t work well as she only managed a three-second cameo; while her appearance in the highly anticipated Chinese movie “Mei Lanfang” is wiped out altogether.

It’s reported that EEG (Gillian’s agency) is making compromises to have Gillian in the idol drama, which she will take on the supporting female role instead of the main lead.

The arrangement has not been finalised though; despite willing to take a pay cut… EEG’s desired pay is ironically the highest among the cast. The drama producers are still in negotiation with EEG and are positive that they could reach an agreement.

Update – the parties involved couldn’t reach a final agreement; Gillian won’t be appearing in the drama. Young actress Yang Ya Zhu is taking the role instead.

This will be the final year of my 30's. Time flies, and it seems to fade faster as one gets older. This post is a bit of recap of my adult life and some future … END_OF_DOCUMENT_TOKEN_TO_BE_REPLACED

Trailer for American film Top Gun: Maverick, a sequel to 1986's Top Gun. Beautiful is not the usual word to associate with action movies, but I cannot find a better … END_OF_DOCUMENT_TOKEN_TO_BE_REPLACED

Malaysia will be in lockdown from March 18 to March 31, 2020, to deal with the Covid-19 situation. Officially it's a Movement Control Order (MCO) but it's … END_OF_DOCUMENT_TOKEN_TO_BE_REPLACED

Korean pop idol Sulli, former member of girl group f(x), was found dead at her home on Monday. Authorities are investigating the cause of death, and it's presumed … END_OF_DOCUMENT_TOKEN_TO_BE_REPLACED

Singapore has imposed the circuit breaker measures to curb the spread of Covid-19 since early April. They announced an extension (until June 1) and some new rules a … END_OF_DOCUMENT_TOKEN_TO_BE_REPLACED

A cute photo series amidst the Covid-19 lockdown in Malaysia. Armed forces are present to assist the police to enforce the Movement Control Order (MCO) across the … END_OF_DOCUMENT_TOKEN_TO_BE_REPLACED